… on how quickly life can change (when being held in Chinese custody). 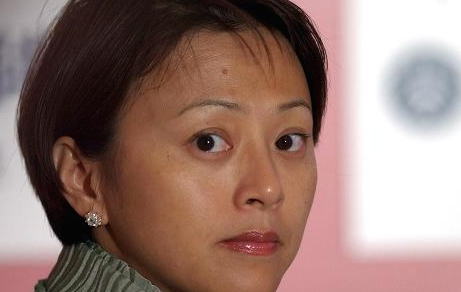 Last week, China decided that enough was enough with the stock selling.

Two months of (virtually) uninterrupted plunge protection amounting to some CNY1.5 trillion along with a series of directives and threats had failed to stop the market’s harrowing descent and so, perhaps fearing that its rather aggressive posturing wasn’t being taken seriously, Beijing started arresting people.

As documented exhaustively here, the crackdown on “subversives” led to more than two hundred arrests and forced confessions. There was Xu Gang, the CITIC executive. And CSRC official Liu Shufan. And let’s not forget poor Wang Xiaolu, the Caijing reporter who, clearly under duress, made the following public confession after suggesting in a story that China’s plunge protection team might be considering an exit from the market (which is of course true): “I shouldn’t have released a report with a major negative impact on the market at such a sensitive time. I shouldn’t do that just to catch attention which has caused the country and its investors such a big loss. I regret . . . [it and am] willing to confess my crime.”

The sweeping accusations so frightened one fund manager that, after being summoned by the authorities, he told a friend who works at CSRC the following: “If I don’t come back, look after my wife.”

Chinese authorities took Li Yifei, chairwoman of Man Group Plc’s China unit, into custody to assist with a police probe into market volatility, according to a person familiar with the matter.

Li assisting with the investigation doesn’t mean she is facing charges or has done anything wrong. She has led Man Group in China since November 2011, according to her profile on LinkedIn. The person asked not to be identified because the probe isn’t public.

We suspect maybe this was the mistake:

In an interview with Bloomberg Television’s Stephen Engle in November, Li said investors and regulators in China were beginning to understand hedge funds.

“The Chinese investors and regulators are beginning to understand that actually hedge fund is about hedging.”

Yes, “actually hedge fund is about hedging,” which, as Citadel learned earlier this month, would “actually” be fine as long as by “hedging” Li means “buying” or any other activity which leads equities higher. Always higher. Never, ever lower.

Needless to say, if one is lucky enough to get “sent for” by Chinese securities regulators and escape without a lenghty prison sentence (or worse), the last thing you’d want to do is throw the rabid media a bone just as the entire world is transfixed with China’s frantic, ad hoc scramble to stop the bleeding on the SHCOMP. Consider that, and then consider the following from Reuters, who reports that Li, who is now free, was shocked – shocked – to learn that anyone thought she had been detained when in fact, she was simply on vacation, meditating.

The China head of hedge fund Man Group said on Monday that she had not been taken into custody by Chinese authorities, denying media reports that said she had been assisting a police investigation into market volatility.

Li told Reuters that she had been attending industry meetings and had then taken a five-to-six-day trip to meditate.

“I wasn’t investigated,” Li told Reuters by telephone, adding she was “shocked” by the media reports.

Li also posted on her Weibo account on Sunday, saying that she enjoyed China’s military parade, held last Thursday, and long weekend, and that the weather in Beijing had been very nice recently.

While we’ll never know for sure where Li actually was, who she was actually talking to, and what exactly it was they were talking about, it’s probably safe to say that any “hedging” she does going forward will reflect a generally bullish bias, at least as it relates to Chinese equities, lest she should find herself back on “vacation”, only next time it will be longer, with plenty more time to “meditate” and getting out of it won’t be as simple as explaining how nice the weather is in Beijing and how impressive Xi’s missles are.