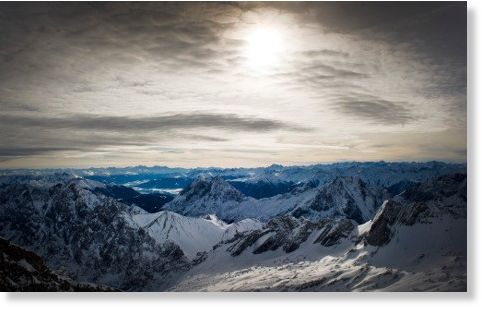 From 30C to snow in under a week? It’s possible in Germany where seven centimetres of the white stuff fell at the top of the Bavarian Alps on Friday.

With blazing sunshine and temperatures topping 30C over the weekend, the onset of winter couldn’t have been further from most Germans’ minds.

But in the Bavarian Alps, autumn has been skipped out altogether.

“The peaks are already lightly sprinkled with snow, and some more could come over the weekend,” said a spokesperson from the German Meteorological Service in Munich on Friday.

Zugspitze is the highest peak of the Wetterstein mountain range, which straddles the border between Bavaria and Tyrol.

The peaks are a popular destination for mountaineers, hikers and tourists.

Most Germans probably haven’t even thought of getting the hat and scarf out yet – but with more snow expected over the weekend, visitors to the Bavarian Alps might want to wrap up warm from now on.