Just as China celebrates the 70th anniversary of the end of World War II with an extravagant parade designed to showcase the country’s military prowess and project Xi Jinping’s power to nervous onlookers in the West, the Pentagon says it has spotted five Chinese Navy ships in the Bering Sea, just off the coast of Alaska.

Five Chinese navy ships are currently operating in the Bering Sea, off the coast of Alaska, the first time the U.S. military has seen such activity in the area, Pentagon officials said Wednesday.

The officials said they have been aware in recent days that three Chinese combat ships, a replenishment vessel and an amphibious ship were in the vicinity after observing them moving toward the Aleutian Islands, which are split between U.S. and Russian control.

They said the Chinese ships were still in the area, but declined to specify when the vessels were first spotted or how far they were from the coast of Alaska.

The Pentagon official said there were a “variety of opinions” on how to interpret the Chinese ships’ deployment.

“It’s difficult to tell exactly, but it indicates some interest in the Arctic region,” the official said. “It’s different.”

“Different” indeed, as in “uprecedented”, and while we won’t endeavor to jump to conclusions, we would note that the PLA hasn’t exactly been shy when it comes to challenging the US from a maritime perspective of late and of course, the US has had its ships and carriers to the east and south of China for decades, so it would appear that Xi is intent on giving Washington a taste of its own medicine.

But don’t worry, the Commander in Chief is on the scene – literally. 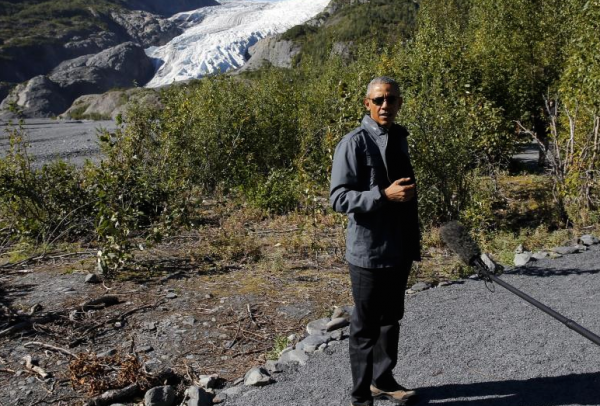 Finally, what better diversion from its crashing stock market on its national military holiday than for China to invade the US?