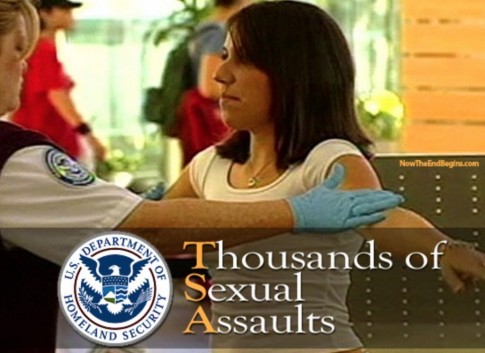 Last week, we learned how the naked body scanners, which the TSA spent $160 million in taxpayer money on, failed to find explosives or weapons in 96% of covert test cases. To make matters worse, government bureaucrats not only want to keep these useless devices in operation, they want passengers to also go through a metal detector after the naked body scan. Here’s an excerpt from the post, Big Brother Idiocy – TSA Spent $160 Million on Naked Body Scanners that Fail 96% of the Time:

The $160 million bill includes $120 million for the body scanners now in place in hundreds of airports nationwide, according to newly disclosed figures obtained by POLITICO. The rest of the money went to the agency’s “naked” X-ray scanners, which it pulled from airports two years ago amid worries about health risks and the devices’ detailed images of travelers’ bodies.

A recent security audit found that TSA had failed to find fake explosives and weapons in 96 percent of covert tests. And members of Congress familiar with the classified details say the body scanners are to blame for much of the problem.

Johnson said that while bomb detection is obviously a complex undertaking, “these things weren’t even catching metal.”

“If you really want to keep using those, and I’m not saying we shouldn’t, at a minimum we should put a metal detector on the other side,” the Wisconsin Republican said in an interview. “Why not go through two? You’ve just gotta use common sense.”

Just a few days later, we learn how a TSA employee allegedly lured a 22-year-old female South Korean passenger into a LaGuardia restroom where he proceeded to sexually molest her under the name of “national security.” From ABC News:

A TSA screener is accused of sexually assaulting a woman at LaGuardia Airport in New York City after telling her she needed to be searched in the bathroom.

Court documents show the suspect allegedly said, “Hey, ma’am, I need to scan your body and your luggage.”

She responded by saying, “You can’t scan me, but you can have a woman scan me, because I am a girl.”

The victim asked the 40-year-old TSA screener if he checked all passengers, and Oquendo allegedly said yes.

He then allegedly lifted up her shirt, unzipped her pants and fondled her.

Saying afterwards, “She’s clear. She doesn’t have any weapons or knives.”

And in what is perhaps just as offensive…

If convicted, Oquendo faces up to one year in jail.

Am I the only one who remembers that a man was recently sentenced to 2.5 years in prison for having consensual sex on the beach with his girlfriend? Recall: Florida Man Sentenced to 2.5 Years in Jail for Having Sex on the Beach.

In what kind of backwards, uncivilized society does a government official who sexually molests a traveler face less jail time than a man having consensual sex on the beach? In America, that’s where.

Of course, the TSA has a sordid history of employees targeting passengers for deviant sexual abuse. Recall:

Because if not, the terrorists win.