– Gunmen Attack US Consulate In Turkey After Explosion Kills Three

– “We Have A Civil War”: Inside Turkey’s Descent Into Political, Social, And Economic Chaos

– NATO Member Busted Massively Supporting ISIS … Now Declares War Against ISIS, But Instead Bombs Its Political Rival (Which Is the Most Effective Force FIGHTING ISIS)

Last week, we noted that the Turkish lira had plunged to a record low against the dollar as coalition talks between the country’s two largest political parties broke down, setting the stage for snap elections later this year. 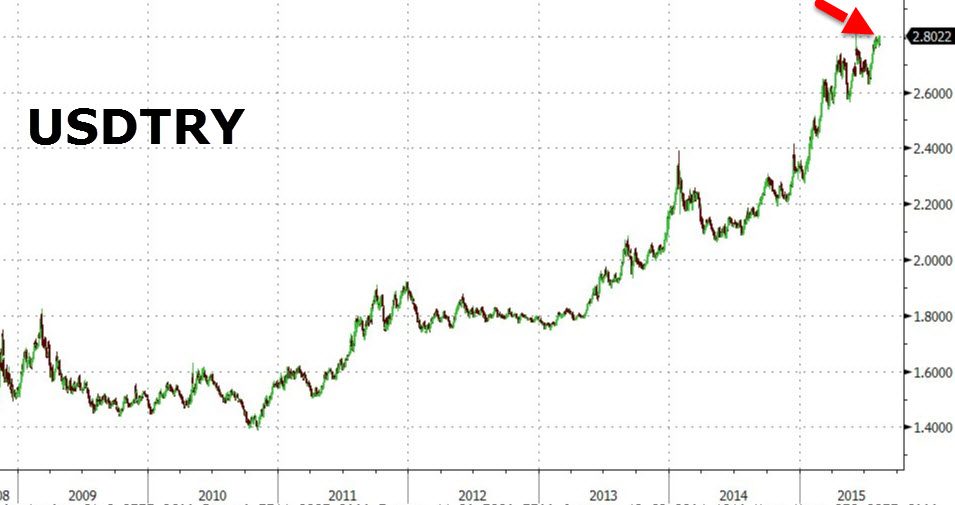 As we’ve detailed over the past several weeks, President Recep Tayyip Erdogan is keen on sending the country back to the polls in an effort to nullify a stunning ballot box victory by the pro-Kurdish HDP in June.

Ankara’s renewed battle against the PKK is a rather transparent attempt to undermine support for the Kurds ahead of the next election which he hopes will see AKP regain its parliamentary majority, a precondition for his plans to rewrite the constitution, creating an executive presidency. In other words, Erdogan is more than willing to plunge the country into civil war if it means beating back opposition and clearing the way for his power grab. 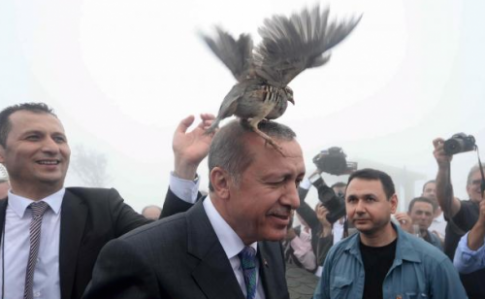 With the deadline to form a governing coalition just days away (August 23), new elections look all but inevitable and now, opposition leaders are openly accusing the President of staging a “coup” on the way to rewriting the country’s laws and overhauling its political system.

“Accept it or not, Turkey’s governmental system has become one of an executive presidency,” Erdogan said on Friday. “What should be done now is to finalize the legal framework of this de facto situation with a new constitution.”

“He’s now saying ‘I won’t listen to the laws or constitution.’ This is a very dangerous period,” warns Kemal Kilicdaroglu, leader of the Main Republican People’s Party. “He wants to give a legal foundation to this coup he’s carried out. Those who carry out coups always do this: First they carry out the coup, then they give it a legal foundation.’”

But the most pointed criticism came from Nationalist opposition leader Devlet Bahceli who took to Twitter, and accused Erdogan of being a “locally produced Hitler, Stalin or Qaddafi.’”

Meanwhile, fighting between Ankara and the PKK has escalated in the guise of a fight with ISIS. As The Economist notes, “many warn that the situation could spin out of control.” Here’s more:

Yet every day is carrying Turkey further away from peace. The funerals of security personnel, broadcast on television, inflame Turkish tempers. Some Turkish nationalists vilify Kurds as terrorist sympathisers, deepening the polarisation. Human-rights groups say over a thousand Kurds have been detained in the south-east in the past few weeks. Allegations of maltreatment are spreading.

Many warn that the situation could spin out of control. Young Kurds born in families displaced by the earlier conflict tend to support the militants. In October 2014, protests against Turkey’s lack of support for the Syrian Kurds fighting Islamic State (IS) led to street violence in which nearly 40 people died. Meanwhile the autonomous area carved out by Kurdish fighters in Syria, which they call Rojava, is fuelling dreams on the Turkish side of the border too. In Kurdish towns, the fresh graves of young fighters killed in Rojava, festooned with flowers and flags, testify to the growing numbers joining the struggle.

But it won’t be a disaster for Erdogan. The more intense the fighting, the more support AKP will likely garner. If the President gets the outcome he wants in a new round of elections he will have succeeded not only in subverting the democratic process but of rewriting the constitution in blood – literally.

And this, ladies and gentlemen, is the type of regime that Washington considers a strong regional “ally.”

Bonus: Some recent color from Barclays on politics and the economy in Turkey

Our macro team notes downside risks to economic growth due the ongoing political uncertainty and external risks. They have revised Turkey GDP growth for 2015 to 2.8% from 3.1%, despite the stronger than expected Q1 15 GDP growth of 2.3%. One of the key reasons is that the strong private consumption growth in Q1 15 is not sustainable and partly due to base effects and carry forward demand due to the TRY sell-off. Additionally, key export markets such as Russia and Iraq are expected to continue to weigh negatively on export performance due to weak growth outlooks.

Politics and geopolitics have also taken a central role in economic growth assumptions. The current uncertainty has the potential to dampen private consumption and investment, ultimately affecting the growth outlook. The recent attacks on PKK and ISIS have inflamed political rhetoric and already tense coalition talks, raising risks significantly of snap elections in November. Escalating security risks are perceived to work in favour of AKP in a snap election as it could tilt the electorate’s preference towards strong leadership and a one party model. A snap election coupled with rising domestic security and external risks will effectively mean an extension of the current investor uncertainty. This in turn would weigh on consumer and business confidence, reducing domestic demand and private investments and ultimately pressuring economic growth.