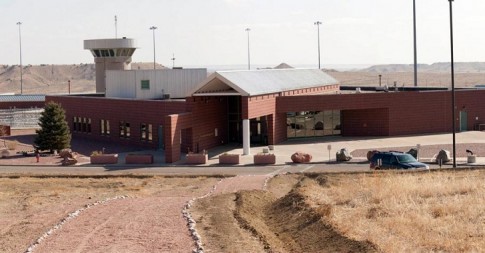 – Ireland Refuses To Extradite Man To US Because Prison System Is Too Inhumane (The Anti Media, Aug 11, 2015):

Throughout the world, the U.S. prison system is often seen as inhumane and excessively large.

The American prison system is so reviled, in fact, that Irish officials recently refused to extradite an alleged terrorist to the U.S. The court cited concerns that if he were sent to the U.S., he would probably be placed in Colorado’s “Supermax” prison, ADX Florence (Administrative Maximum Facility). The prison is nicknamed Colorado’s “Alcatraz of the Rockies.”

Irish High Court Justice Aileen Donnelly went as far as to write a 333-page report about why the suspect shouldn’t be extradited. One highlight from the court’s ruling was that incarceration at ADX Florence prison would amount to “cruel and unusual punishment.”

Donnelly said the prison “amounts to a breach of the constitutional requirement to protect persons from inhuman and degrading treatment and to respect the dignity of the human being.”

According to the Los Angeles Times, “An Irish resident originally from Algiers, Damache, 50, [is]accused of using online chat rooms to recruit American women into a would-be terrorist cell operating in this country and Europe.

One man and two women, including Damache’s wife, have already been convicted in U.S. courts of providing material support to terrorists. And Damache was captured by Irish authorities in 2010 in Dublin on a separate charge of making a telephone death threat and held without bail.”

In 2011, Damache was indicted from a distance in a Philadelphia court on “charges of plotting to assassinate a Swedish cartoonist who depicted the prophet Muhammad as a dog.”

Damache was released in May after serving his time, but the U.S. is still pushing for his extradition.

“I always had faith in the Irish legal system,” he said in a statement presented by his lawyers. “After more than five years in jail, I am looking forward to moving on with my life here.”

The Colorado prison has held some of the most well-known criminals in American history, keeping them in solitary confinement with extremely limited access to outside communication. Notorious inmates include Timothy McVeigh and other people accused of high level terrorism—such as Zacarias Moussaoui, the only person convicted in a civilian court for involvement in the 9/11 attacks.

Lawyers have even argued that incarceration at ADX Florence is worse than the death penalty. Defense expert Mark Bezy called it “a mechanism to cut off an inmate’s communications with the outside world.”

The Irish court’s refusal to extradite Damache adds to a growing trend of nations that opt to exercise their own sovereignty amid pressure from powerful American influence.

Such nations are increasingly moving to decide issues for themselves as they refuse to be persuaded into following the orders of a more powerful empire.