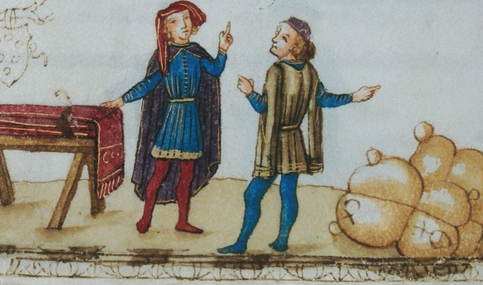 Months ago, when Alexis Tsipras, Yanis Varoufakis, and their Syriza compatriots had just swept to power behind an ambitious anti-austerity platform and bold promises about a brighter future for the beleaguered Greek state, we warned that Greece was one or two vacuous threats away from being “digitally bombed back to barter status.”

Subsequently, the Greek economy began to deteriorate in the face of increasingly fraught negotiations between Athens and creditors, with Brussels blaming the economic slide on Syriza’s unwillingness to implement reforms, while analysts and commentators noted that relentless deposit flight and the weakened state of the Greek banking sector was contributing to a liquidity crisis and severe credit contraction.

As of May, 60 businesses were closed and 613 jobs were lost for each business day that the crisis persisted without a resolution.

On the heels of Tsipras’ referendum call and the imposition of capital controls, the bottom fell out completely as businesses found that supplier credit was increasingly difficult to come by, leaving Greeks to consider the possibility that the country would soon face a shortage of imported goods.

On Tuesday, we brought you the latest on the Greek economy when we noted that according to data presented at an extraordinary meeting of the Hellenic Confederation of Commerce and Entrepreneurship, retail sales have fallen 70%, while The Athens Medical Association recently warned that 7,500 doctors have left the country since 2010.

Now, the situation has gotten so bad that our prediction from February has come true. That is, Greece is reverting to a barter economy. Reuters has more:

Wild boar and power cuts were Greek cotton farmer Mimis Tsakanikas’ biggest worries until a bank shutdown last month left him stranded without cash to pay suppliers, and his customers without money to pay him.

Squeezed on all sides, the 41-year-old farmer began informal bartering to get around the cash crunch. He now pays some of his workers in kind with his clover crop and exchanges equipment with other farmers instead of buying or renting machinery.

Choose from the most used tags

Tsakanikas is part of a growing barter economy that some Greeks deplore as a step backward from modernity, but others embrace as a practical means of short-term economic survival.

When he rented a field this month, he agreed to pay with part of his clover production.

“It’s a nightmare. I owe many people money now – gas stations and firms that service machinery. I have to go to the bank every single day, and the money I can take out is not enough,” said Tsakanikas, who also grows vegetables and corn on 148 acres (60 hectares) of farmland.

“I’ve begun bartering in some forms – it existed in the past but now it is growing… Times have become really tough, and friends and relatives help each other out.”

So Greece, the birthplace of Western civilization and democratic governance, is now literally sliding backwards in history.

The nation – which has already suffered the humiliation of becoming the first developed country to default to the IMF and which was nearly reduced to accepting “humanitarian aid” from Brussels when a Grexit looked imminent a few weeks back – is now transacting in clover, hay, and cheese. Here’s Reuters again:

Tradenow, a Website started three years ago to facilitate barter of everything from food to technology, says the number of users and the volume of transactions have doubled since capital controls came into effect on June 29.

“Before capital controls, we were reaching out to companies to encourage them to register,” says Yiannis Deliyiannis, the company’s chief executive.

“Now companies themselves are getting in touch with us to get registered.”

He rattles off a list of firms using the site to strike deals with suppliers: a car repairs shop that exchanged tyres with another firm for a new shower cubicle, a burglar alarm provider offering services in return for paper and advertising, an Athens butcher that trades daily meat supplies for services.

In the lush yellow and green fields outside Lamia dotted with cotton, peanut and olive groves, barter is also flourishing on an informal basis outside the online platforms.

Kostas Zavlagas, who produces cotton, wheat, and clover recounted how he gave bales of hay and machine parts to another farmer who did not have cash to pay him.

“He is going to pay me back in some sort of product when he is able to, maybe in cheese.”

Yes, “maybe in cheese”, but certainly not in euros, especially if the growing divisions within Syriza render Athens unable to pass a third set of prior actions through parliament next week.

Should the vote not pass, it’s not clear if Greece will be able to obtain the funds it needs to pay €3.2 billion to the ECB on August 20 – a missed payment would endanger the liquidity lifeline that is the only thing keeping any euros at all circulating in the Greek economy.

On the bright side, “barter has been a part of everyday life for Greeks for a long time” economist Haris Lambropoulos told Reuters. The only difference is that now, “it is a more structured and organised phenomenon.”

Maybe so, but this is one “structured and ordered phenomenon” that many Greeks would likely just as soon do without and indeed, the new barter economy is drawing comparisons to a period in Greece’s history that has gotten quite a bit of attention over the course of the last few months, and on that note, we’ll give the last word to Christos Stamatis, who runs the barter website Mermix:

“Of course, a barter economy is something that we shouldn’t aspire to and should be a thing of the past – the last time we had it on a large scale was when we were under [Nazi] occupation.”