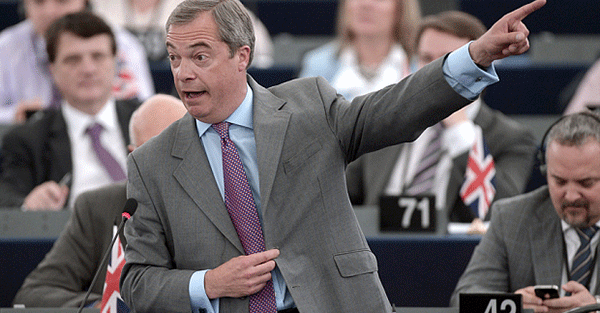 A few years back when he spoke at one of our Sovereign Man events in Santiago, he anticipated everything that we’re seeing right now.

Today it’s not nearly as controversial to say that the Eurozone experiment has failed. Anyone aware of what’s happening in Greece should say the same. But very few people really understand why.

As Nigel explains in the video below, right from the start, the system was never intended to help the Greek people.

Greece entering the euro was great for Goldman Sachs. But terrible for Greeks. It chained the country to a system in which it didn’t belong.

And what about all the bailout money that’s been thrown at Greece in the time since?

None of it actually went to the Greek people. It went to bail out the French, German, and Italian banks who own Greek debt.

Sure, social welfare drags an economy underwater. But corporate welfare is what really drowns it.

Since the crisis, the country’s debt to GDP has gone from 100% to 180%. Tensions have skyrocketed, and the Greek people are suffering.

They are the ones that now have to bear the burden of a stagnant economy, capital controls, and inflation.

None of these measures have worked. And just watch as Nigel destroys this dangerous euro groupthink in four minutes.