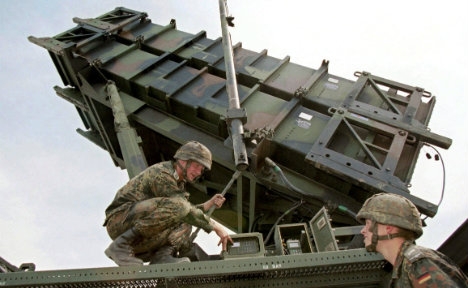 German-owned Patriot missiles stationed in Turkey were briefly taken over by hackers, according to media reports on Tuesday.

The attack took place on anti-aircraft ‘Patriot’ missiles on the Syrian border. The American-made weapons had been stationed there by the Bundeswehr (German army) to protect Nato ally Turkey.

According to the civil service magazine, the missile system carried out “unexplained” orders. It was not immediately clear when these orders were carried out and what they were.

The magazine speculates about two weak spots in the missile system which could be exploited by hackers.

One such weakness is the Sensor-Shooter-Interoperability (SSI) which exchanges real time information between the missile launcher and its control system.

The second exposed point is a computer chip which controls the guidance of the weapon.

Attackers might have gained access in two different ways, one that takes over the operating of the missile system and one that steals data from it.

The patriot missile has been in service in the US army since 1984 and was first used in operation in the first Gulf war in 1991.

In 2012 Turkey asked that its Nato partners support it by stationing Patriot missile systems there, after the civil war in Syria drew closer to its southern border.

In June 2015 Germany announced that it would replace its Patriot missiles with MEADS, an air defence system designed in cooperation with the USA and Italy.

1 thought on “‘Hackers’ give orders to German missile battery”