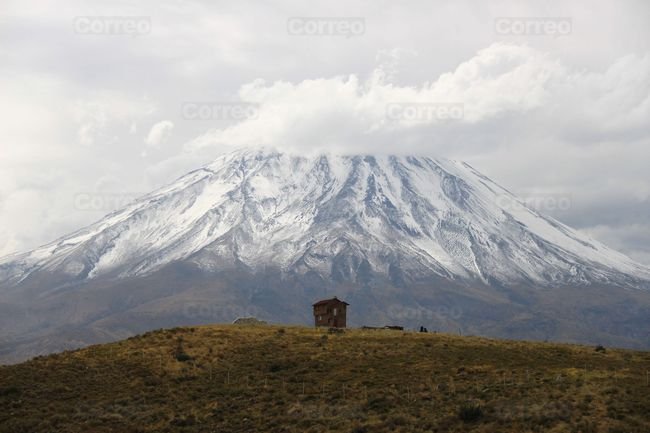 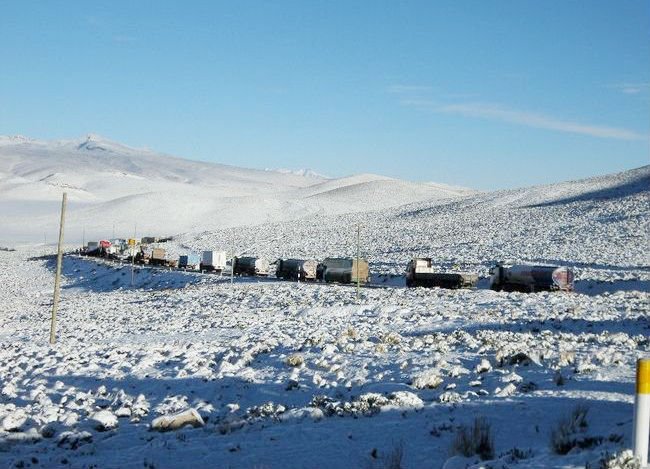 “The event seems to be the worst not only this year but also the most significant in human memory in Peru,”says former resident Roman Andrzejczyk.

“This is my own interpretation of the forecasted event of significant fall in temperatures / freezing within a large area of the Andes in Peru,” says Roman. “Obviously it is a local event in a sense.”

“As you can see on the website of the Peruvian meteorological service, the level of warning is 4; the highest I’ve ever seen posted there.

“The lowest temperature ever recorded in Peru by a meteorological station was -27 C some years ago. The forecasted event covers a relatively large area of the Peruvian Andes as you can see it on the map. To many villagers who live there ( even up to 4900m above sea level) and are familiar with the winter time frost at night, every night, this is a real calamity, because they don’t have heating /stoves in their huts and water pipes supplying them with uncontaminated water from higher elevations become frozen for almost the entire day.

“Since I’ve been living in Europe now for 3 years after spending several years in Cusco, Peru I cannot give you firsthand account of that freezing event.”

Here’s what the meteorological service says:

SENAMHI reports that since the early hours of 6 to 8 July provides for a significant drop in nighttime temperatures in much of the highlands.

The lowest temperatures were recorded in the early hours of July 6 reaching extreme values ​​between -18 ° C and -22 ° C in high areas in the departments of Arequipa, Moquegua, Tacna and Puno.

In the central highlands, icy weather (temperatures below 0 ° C) will intensify in highlands above 3800 m reporting values ​​around -7 ° C.

In the northern highlands, temperatures below 0 ° C are expected in places over 3000 m.

Also, on 5 and 6 July increased winds are expected in the southern highlands in the departments of Arequipa, Puno, Moquegua and Tacna on 3400 m. Winds recorded values ​​above 40 km / h recording the highest intensities on July 5.

July 5, 2015 – 9:33 Peru:
| Arequipa – Blanket of snow covered highlands of Arequipa
Snowfall reached up to 50 centimeters thick in Andean provinces.
The first snowfall of the season yesterday covered much of the Arequipa region, mainly the highlands of the provinces of Caylloma, Condesuyos, Castile-La Union, located about 4000 meters above the sea.
The National Service of Meteorology and Hydrology (Senamhi) reported that the temperature in these places, dropped to -20 degrees Celsius, affecting grazing, farming and roads that connect to other towns. “The snow fell in several departments, from Cerro de Pasco (central highlands) to Arequipa, Cusco, Moquegua, Tacna and Puno, in the south”.
HAVOC. Technical staff of the zonal agencies Agro Rural Arequipa reported that the snowfall reached a height of 15-20 cm in the communities of Lari, Callali, Tisco, Sibayo, Chalhuanca, Ampi, Lightning and San Juan de Tarucani belonging to Caylloma.
Castilla the same atmospheric phenomenon in Orcopampa, Chachas, Chocho, plus rain and strong winds were reported.
In Condesuyos, snow accumulated during 10 hours and managed a height of 18-20 centimeters in places like Umachulco, Arcata and Chocñihuaqui.
While in La Union precipitation had a thickness of 40-60 centimeters in the sectors of Cotahuasi, Huaynacotas, Auk, Toro, Puyca and Pampamarca.
STRANDED. More than 100 buses were stranded interdepartmental transport until noon yesterday, following the heavy snowfall that covered the Arequipa-Puno road, Imata sector.
The administrator Arequipa bus terminal, Marcos Chauca, said the phenomenon covered the route from Yura to Patahuasi in sections 100 and 200 meters.
“There was snow up to 50 centimeters high,” he said.

This hurt travelers, as they had to wait all morning until the machinery freed the route. “The work lasted until 11, and only at 12 o’clock the buses could go,” he said Chauca.
CONTINGENCY. Given the weather situation, the engineer Fernando Vargas said Rural Agro expects to deliver 322 veterinary kits for 99 000 37 cattle in Caylloma, and 308 kits for 33 000 698 animals Condesuyos, Castile-La Union.
According to the head of SENAMHI, between 5 and 8 July temperatures reach minus 20 degrees Celsius in places that are more than 4000 meters above the sea. There will be presence of rain, so the public is asked to take preventive measures. The latest report showed that rainfall reached 17.5 liters per square meter in Sibayo and Chivay, while it was 13.5 Orcopampa. Regarding Arequipa city, the temperature will drop to 6 degrees Celsius.
http://diariocorreo.pe/edicion/arequipa/manto-de-nieve-cubrio-zonas-altas-de-arequipa-599861/
http://diariocorreo.pe/media/thumbs/uploads/articles/images/manto-de-nieve-cubrio-zonas-al-jpg_654x469.jpg
http://diariocorreo.pe/media/thumbs/uploads/articles/images/manto-de-nieve-cubrio-zonas-al_uTAZcxp-JPG_654x469.jpg