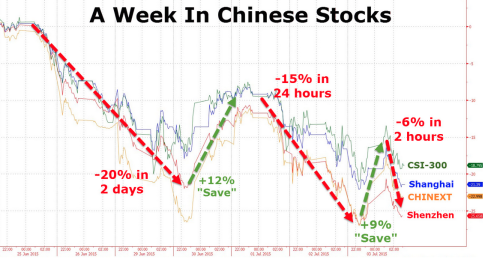 China has moved in the direction of direct intervention in its flagging equity markets, although it appears Beijing will try to orchestrate a “private” sector (whatever that means in China) solution first before going the nuclear route with the central bank’s balance sheet. As Bloomberg reports, the country’s largest brokerages are teaming up to invest nearly $20 billion in “blue chip” Chinese equities.