European banks are suffering the exact ‘contagion’ that we were told numerous times would be contained ... led by limit down moves in Italy.

Despite the Greek stock market being closed there is an option for hedging the exposure that all the smart money has been building to Greece in the past few days – GREK – the US-trade Greek ETF. In the pre-open, GREK is trading down 17% but the problems lie ahead as more and more realize how illiquid it is and redemptions are forced to be made from ‘cash’ – since there is no way to offload the underlying Greek stocks, unless OTC trades can be arranged with other entities – which could thus expose the entire false-liquidity-facade of the ETF industry. 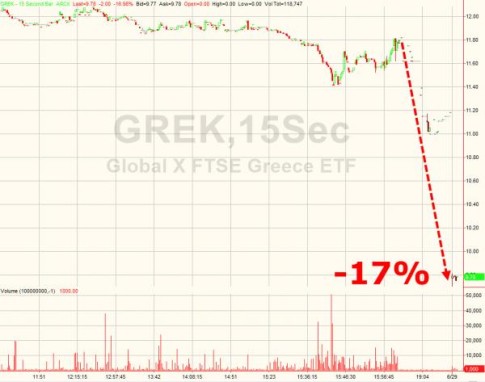 While the best efforts of the SNB are underway to protect the markets from unease, European banks are suffering the exact ‘contagion’ that we were told numerous times would be contained.

And European Banks are getting crushed 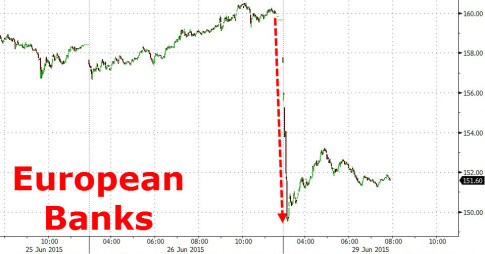 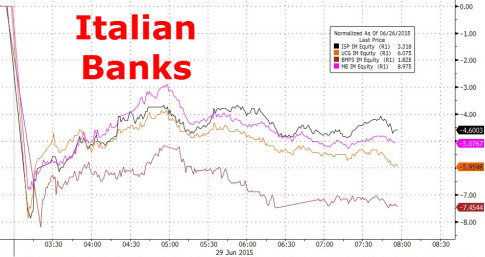 2 thoughts on “‘Uncontained’: Greek Stocks Crash 17% As European Banks Plunge Most In 3 Years”