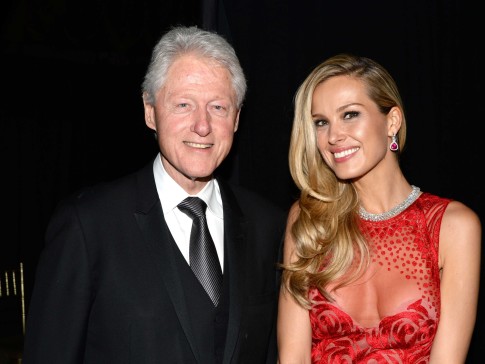 According to the report, former President Bill Clinton turned down repeated offers to speak at Czech model Petra Nemcova’s annual charity event until she directly offered the Clinton family’s foundation $500,000 of the proceeds for appearing.

When she did, Clinton attended Nemcova’s 2014 gala in Manhattan.

Doug White, director of Columbia University’s fundraising management program, told The Times that the arrangement was strange because Clinton’s foundation is so much bigger. The Bill, Hillary & Chelsea Clinton Foundation has reportedly raised $2 billion.

“This is primarily a small but telling example of the way the Clintons operate,” White said. “The model has responsibility; she paid a high price for a feel-good moment with Bill Clinton. But he was riding the back of this small charity for what? A half-million bucks? I find it — what would be the word? — distasteful.”

Sue Veres Royal, the former executive director of Nemcova’s charity, Happy Hearts Fund, further told the paper that the payment offer to the Clinton Foundation was a “quid pro quo.”