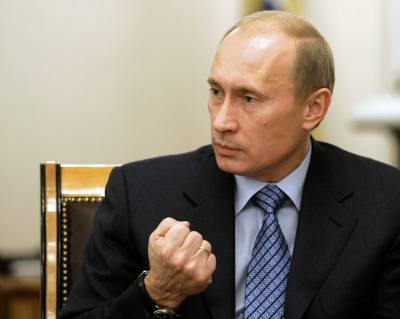 Russia’s president Putin uses unusually harsh words when it comes to the US foreign policy. He wants an alliance with China and the BRICS countries in order to close the security gap left by the US foreign policy: The illegal interventions of the West in the Middle East led to a strong Islamic State. BRICS should jointly defend themselves against such developments.

Russia’s president Putin shows a harsher attitude towards West’s foreign policy: Putin accuses the West, quite bluntly, to be responsible for the emergence of the Islamic State. At a meeting with the BRICS security chiefs he said on Monday, according to TASS:”We know what is going on in the Middle East and North Africa now. We see problems caused by a terrorist organization, which calls itself ‚The Islamic State’. However, there was no terrorism in those states before the unacceptable interference from the outside took place without an approval of the UN Security Council. It is obvious that the consequences are tough. Everything that has happened in the international arena over the last couple of years needs to be re-adjusted”. Putin sees other states threatened by the aggressive policy pursued by the West:”It is obvious that our nations are threatened and this is due to the fact that the international law has been violated in combination with violation of sovereignty of different states and their spheres of influence”.

At his meeting with China’s representatives, Putin discussed with his guests the existing threat of ‚color revolutions’: One took place in the Ukraine, and Moscow believes that the US was behind the ousting of president Yanukovich as a result of the Maidan unrests. It is also a known fact among western observers that the US was pulling the strings in the background.

Only recently a classified Pentagon report revealed that the US government had knowledge of a possible creation of IS. But the government did nothing to prevent it, since a conflict among Muslims suits the geostrategic direction of the US government.

The fact that Putin links the US foreign policy in the Middle East with the geographical expansion of the Islamic State is remarkable. Putin has never before used such harsh words when explaining the possible causes for the crisis in the Middle East.

It seems that Putin is putting more pressure on the West: The alliance is not making progress against the fragmented fighting groups in Syria. Recently David Cameron asked Putin to help find a joint solution for the Syria crisis. Putin, who supports Assad, may increase the price of his cooperation. The harsh words used by Putin against the West in connection with the rise of the Islamic State may indicate the direction in the Middle East game. And it won’t be a position of weakness.

1 thought on “Putin: US Foreign Policy Boosted Expansion of Terrorism”