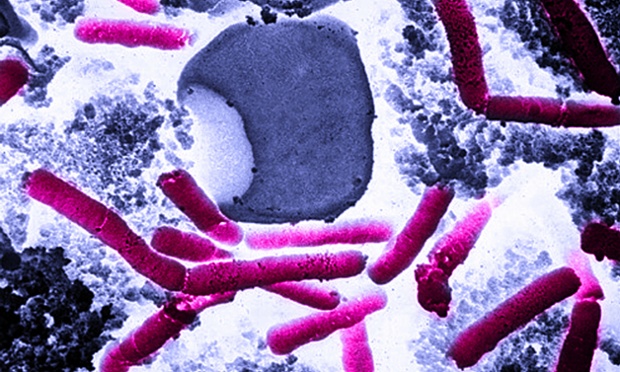 – Anthrax: Pentagon accidentally sent bioweapon to as many as nine states (Guardian, May 28, 2015):

Department of Defense meant to send dead or inactivated spores, but government does not believe there is a risk to the public, spokesman says

The Pentagon has conceded it accidentally shipped samples of a live bioweapon across nine states and to a US air base in South Korea.

In an extraordinary admission on Wednesday, the Pentagon revealed what it called an “inadvertent transfer of samples containing live Bacillus anthracis”, or anthrax, took place at an unspecified time from a US Defense Department laboratory in Dugway, Utah.

Nine unspecified states received samples of the bioweapon, which can be fatal if untreated. One sample was also sent to Osan air base in Pyeongtaek, about 65km south of Seoul.

Colonel Steve Warren, the acting Pentagon press secretary, told reporters on Wednesday that there was “no known risk to the general public” and lab workers possibly exposed to the bioagent have not manifested any indications of infection.

Warren said the lab at Dugway was “working as part of a DoD effort to develop a field-based test to identify biological threats in the environment”.

The Pentagon is aiding with a Centers for Disease Control (CDC) investigation, Warren said, and “out of an abundance of caution” stopped additional anthrax shipments from its stockpiles. Such shipments are supposed to involve only inactive or dead bioweapons samples.

Pentagon officials would not say more about when the shipment occurred, who was the official responsible nor how inadvertent it was, given that the shipment appeared from Warren’s account to be part of a bioweapon detection initiative.