Today, we have bad news and good news. The good news is that there will be no 25-year recession. Nor will there be a depression that will last the rest of our lifetimes.

The bad news: It will be much worse than that. On Monday, the Dow rose another 43 points. Gold seems to be working its way back to the $1,200 level, where it feels most comfortable.

“A long depression” has been much discussed in the financial press. Several economists are predicting many years of sluggish or negative growth. It is the obvious consequence of several overlapping trends and existing conditions.

Newspaper from October 24 1929, a.k.a. “Black Thursday” – at this point, the panic had just begun with the market losing 11% in one day. On the next two trading days (Friday and Saturday – at the time, the market was open on Saturdays) the market rebounded slightly, then came “Black Monday” and “Black Tuesday”, which erased all doubt about the seriousness of the situation

First, people are getting older. Especially in Europe and Japan, but also in China, Russia and the US. As we’ve described many times, as people get older, they change. They stop producing and begin consuming.

They are no longer the dynamic innovators and eager early adopters of their youth; they become the old dogs who won’t learn new tricks.

Nor are they the green and growing timber of a healthy economy; instead, they become dead wood. There’s nothing wrong with growing old.

There’s nothing wrong with dying either, at least from a philosophical point of view. But it’s not going to increase auto sales or boost incomes – except for the undertakers. 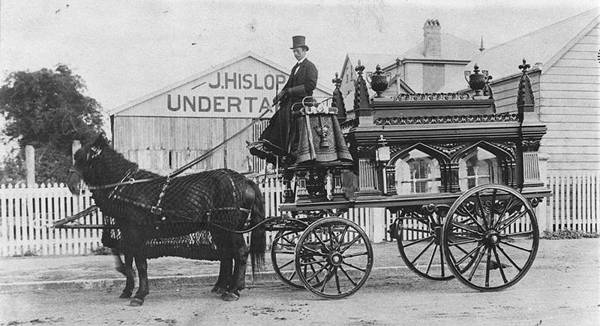 The Cure for Debt? More Debt!

Second, most large economies are deeply in debt. The increase in debt levels began after World War II and sped up after the money system changed in 1968-71.

By 2007, US consumers reached what was probably “peak debt.” That is, they couldn’t continue to borrow and spend as they had for the previous half a century. Most of their debt was mortgage debt, and the price of housing was falling.

The feds reacted, as they always do… inappropriately. They tried to cure a debt problem with more debt. But consumers were both unwilling and unable to borrow. Their incomes and their collateral were going down. This left corporations and government to aim only for their own toes.

Central banks created more money and credit – trillions of dollars of it. But since the household sector wasn’t borrowing, the money went into financial assets and zombie government spending.

Neither provided any significant support for wages or output. So, the real economy went soft, even as the cost of credit fell to its lowest levels in history. 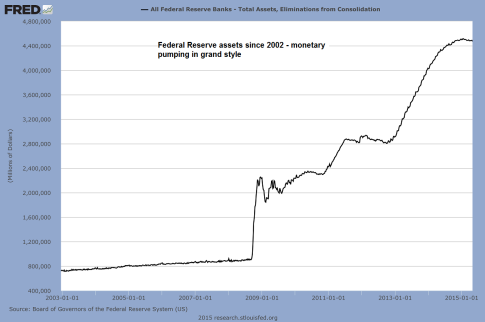 In order to revive the credit creation machinery, the Fed has monetized incredible amounts of debt, via Saint Louis Federal Reserve Research. With the end of QE 3, its balance sheet has begun to subtly decline … click to enlarge.

The Cronies Are in Control

Third, the developed economies have been zombified. The US, for example, is way down at No. 46 on the World Bank’s list of places where it is easiest to start a new business. And only one G8 country – Canada – even makes the top 10. 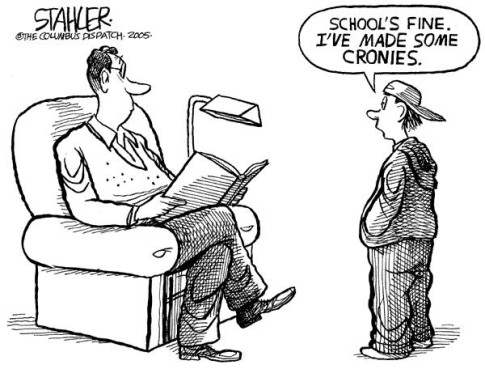 How to get ahead in the world of today….

Leading industries – heavily controlled and regulated, including defense, education, health and finance – are practically arms of the government. All are protected with high barriers to entry and low expectations. Competition is barely tolerated. Innovation is discouraged. Mistakes are forgiven and reimbursed.

Meanwhile, the masses are encouraged to become zombies too, with generous rewards for those who 1) do nothing, 2) pretend to work or 3) prevent other people from doing anything. After all the zombies, cronies and connivers get their money, there is little left for the productive economy. 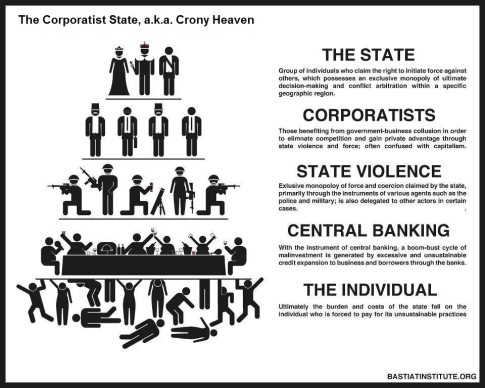 How it all works in crony heaven – until it doesn’t anymore – via bastiatinstitute.org

The Solution Begins When Markets Crack

Typically, these problems – too much debt, too many zombies, and too many old people – lead to financial crises. Then, they are “solved” by either inflation or depression. And the solution begins when markets crack.

Markets never go up forever. Instead, they go up, down and even sideways. They breathe in and out. And after sucking in air for the last 30 years, US financial assets are ready to exhale. Legendary asset manager Bill Gross comments:

“When does our credit-based financial system sputter/break down? When investable assets pose too much risk for too little return. Not immediately, but at the margin, credit and stocks begin to be exchanged for figurative and sometimes literal money in a mattress.”

When that happens, problems begin to take care of themselves, in one of two ways…

A quick, sharp depression wipes out the value of credit claims. Borrowers go broke. Bonds expire worthless. Companies declare bankruptcy. The whole capital structure tends to get marked down as debts are written off and financial assets of all kinds lose their value.

Or, under pressure, the feds print money. Debts are diminished as the currency loses its value. The zombies still get money, but it is worth less. Inflation adjustments cannot keep up with high rates of inflation. Pensions, prices and promises fade. Either way, the slate is wiped clean and a new cycle can begin. But what rag will clean the slate now? Stay tuned… 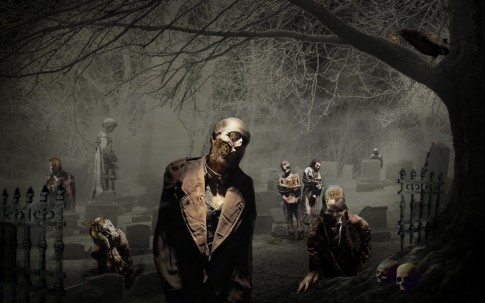 You knew there would eventually be a picture of the living dead.

1 thought on “The Good News: There Will Be No 25-Year Depression – The Bad News: It Will Be Much Worse Than That”