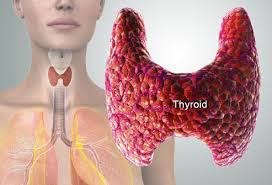 A Feb 2013 article in Clinical Endocrinology declares “More Good News!!” on Selenium and the Thyroid.(1)  They go on to state,

“In patients with Hashimoto’s disease and in pregnant women with anti-TPO antibodies, selenium supplementation decreases anti-thyroid antibody levels and improves the ultrasound structure of the thyroid gland.“

Many Hashimotos patients have normal iodine levels on testing.  However, for the iodine deficient patient, we would like to devise a protocol to provide iodine supplementation safely without aggravating the inflammatory thyroid disease.  This can be done with an initial period of selenium supplementation which protects the thyroid cells from oxidative damage from hydrogen peroxide used to incorporate Iodine into thyroid hormone.   After two to four weeks of selenium supplementation, it is then safe to start low dose iodine in the range of 225 mcg per day..

For Hashimoto’s patients who test low for Iodine,  our protocol starts off with selenium supplementation of 200-400 mcg per day for two to four  weeks,  after which, low dose Iodine (225 mcg per day ) is started.  A number of studies have shown that this dosage of Iodine causes no harm in Auto-Immune Thyroiditis patients.

Students and followers of Datis Kharrazian (“Dr. K”) and Chris Kresser say that Iodine is a stimulator for the thyroid peroxidase enzyme ( TPO).  This is contrary to published animal and human studies which examine the effect of Iodine on TPO enzyme activity, and report Iodine inhibits the activity of the TPO enzyme.   More on this later.

The medical literature is full of studies showing Iodine supplementation worsens autoimmune thyroiditis, with measurable increases in TPO and Thyroglobulin antibody levels.(4-7)  And, many practitioners, including myself, have seen this in actual clinical practice.  In addition, I have seen cases of transient hyperthyroidism, called “Hashitoxicosis” after iodine ingestion. There is little doubt about this.  Dr. David Brownstein, author of a book on Iodine, and strong advocate of Iodine supplementation states in an interview:

Proponents of Iodine for Hashimoto’s

On the other hand, proponents of Iodine such as Drs. Guy E. Abraham, David Brownstein , Jorge D. Flechas  and David Derry have successfully used Iodine treatment in many patients with Hashimoto’s.  Iodine message boards, such as the Yahoo Iodine Group (with 3900 members) report many Hashimoto’s patients doing well and recovering on Iodine Supplementation.

The answer is the role of selenium.  Selenium deficiency is the underlying prerequisite for iodine induced thyroid damage in Hashimoto’s Thyroiditis.  Selenium supplementation is protective and prevents thyroid damage from iodine.  Iodine opponents such as Dr K and Chris Kresser as well as the studies they quote tend to ignore the role of selenium.

In Table 4, the higher Iodine intake of 556 mcg/ per day was associated with recovery in 18 patients !!!  This is just the opposite of Dr. Yoon’s hypothesis that Iodine restriction is beneficial.

Dr Yoon wanted to predict which patients would recover normal thyroid function and which one would not, so Dr Yoon re-organized the data in Recovered and Non-Recovered patients.  As you can see from the above data, there was essentially no difference in Iodine intake nor Iodine urinary excretion when Recovered are compared to Non-Recovered patients.  Dr. Yoon even admits in the article the level of Iodine intake was not a factor in recovery of a euthyroid state,  yet he then goes on to recommend Iodine restriction for Hashimoto’s patients.  This is a recommendation which is not compatible with Dr. Yoon’s own data.

Note that the IS2 level of selenium, which protects against iodine toxicity, corresponds in a person who drinks 1-2 liters per day to a selenium dose of 200 to 400 mcg per day – which happens to be the Perfect Health Diet “plateau range” for selenium.

Our next study, also from China, showed that excess iodine can indeed cause such an autoimmune pathology, but only if there is a deficiency in selenium

In the next post in this series (Iodine and Hashimoto’s Thyroiditis, Part 2, May 26, 2011), we’ll transition from animals to humans. Does epidemiological evidence suggest that these animal findings are transferable to humans?

All three of these negatives can be avoided by supplementing selenium along with iodine, using potassium iodide rather than seaweed as the source of iodine, and increasing iodine intake gradually.