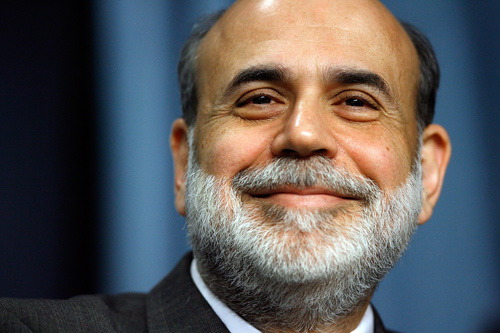 Several years ago, Zero Hedge first, and to our knowledge only, reported that when it comes to unofficially executing trades in the equity market the NY Fed – through a slightly more than arms-length arrangement – does so using Chicago HFT powerhouse Citadel. In other words, while Citadel was instrumental in preserving the smooth, diagonal ramp in stocks since 2009 and igniting upward momentum just as everyone else stared to sell when the Markets Group of the NY Fed called, it was also paid handsomely: after all, nobody checks the Fed’s broker commission statement. In fact according to some, indirect Fed compensation to what is the world’s most leveraged hedge fund has been in the billions over the past decade.

Well, now it’s payback time, and as the NYT reported overnight, the Brookings Institution’s favorite blogger, former Fed Chairman Ben Bernanke, has joined none other than Citadel as an advisor.

According to the NYT, “while Mr. Bernanke will remain a full-time fellow at the Brookings Institution, the new role represents his first somewhat regular job in the private sector since stepping down as Fed chairman in January 2014.  His role at Citadel was negotiated by Robert Barnett, the Washington superlawyer who also negotiated a deal for his book, “The Courage to Act,” which Mr. Bernanke recently submitted to his editor and will be published in October.”

Mr. Bernanke will become a senior adviser to the Citadel Investment Group, the $25 billion hedge fund founded by the billionaire Kenneth C. Griffin. He will offer his analysis of global economic and financial issues to Citadel’s investment committees. He will also meet with Citadel’s investors around the globe.

It is the latest and most prominent move by a Washington insider through the revolving door into the financial industry. Investors are increasingly looking for guidance on how to navigate an uncertain economic environment in the aftermath of the financial crisis and are willing to pay top dollar to former officials like Mr. Bernanke.

Mr. Bernanke joins a long parade of colleagues and peers to Wall Street and investment firms. After stepping down, Mr. Bernanke’s predecessor, Alan Greenspan, was recruited as a consultant for Deutsche Bank, the bond investment firm Pacific Investment Management Company and the hedge fund Paulson & Company.

There is one difference: while Greenspan was brought on to share his wrong macro opinions with entities that at least had macro exposure on paper, all Citadel does is HFT after repeated, failed attempts to engage in various other investment banking verticals. That, and of course massively frontrunning retail orderflow. As such, with Bernanke’s move one can finally see the unholy nexus of central banks and HFT algos in precisely the light we have described it since 2009: central banks manipulating markets from the top, HFTs manipulating markets from the bottom.

Oh, and did we mention Citadel is the world’s most levered hedge fund on a regulatory basis? That’s because it is. 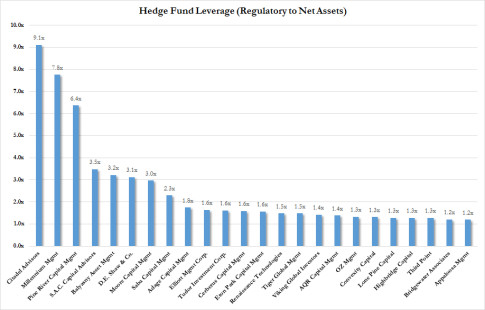 In any event, it’s payday for Ben, who must have quickly realized there isn’t much money to be made in blogging.

While Mr. Bernanke declined to disclose his compensation, he said he would be paid an annual fee but would not own a stake in the firm or receive a bonus based on its performance. His arrangement with Citadel is not exclusive, so he could take on other consulting roles. Mr. Bernanke said that he could not determine exactly how much time he expected to devote to Citadel.

He added that he did not consider himself an investor; he plans to offer Citadel his perspective on monetary issues and other matters of public policy that Citadel will use as “inputs” into its investment decisions.

“I was looking for an opportunity to use my skills and knowledge,” he said. “This is an interesting firm.”

In a statement, Mr. Griffin said: “We are honored to welcome Dr. Bernanke to Citadel. He has extraordinary knowledge of the global economy and his insights on monetary policy and the capital markets will be extremely valuable to our team and to our investors.”

To summarize: a day after the NY Fed itself revealed it is opening a “back-up” trading floor in Chicago (“in case of a disaster or other eventuality”) to be closer to the HFTs, Ben Bernanke himself is joining the most prominent HFT there is (also in Chicago). Just in case there was still any doubt who runs the “markets.” 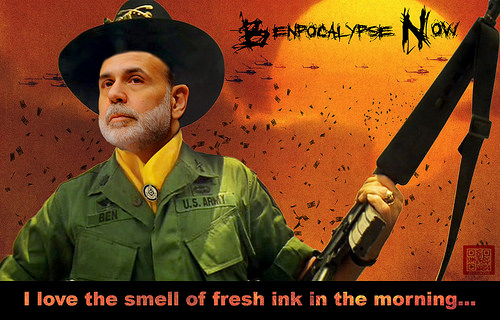