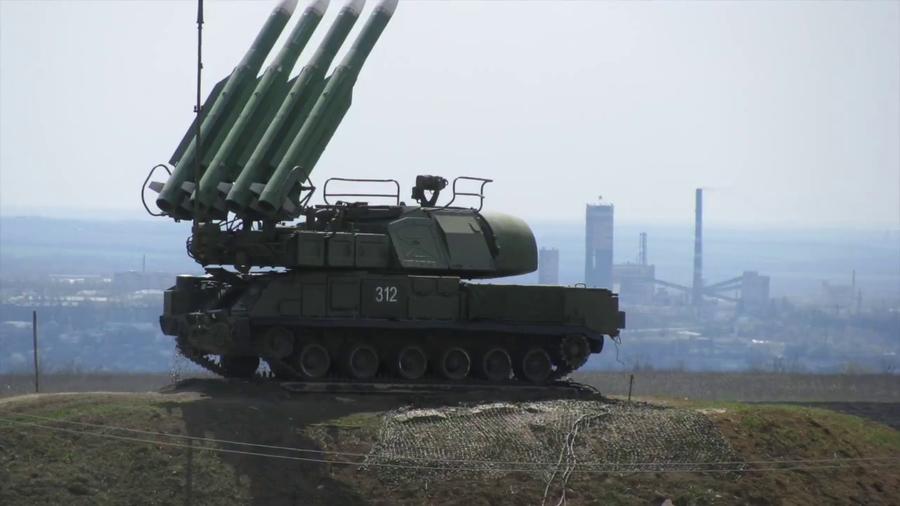 We are waiting for Eliot Higgins, Aric Toler and the rest of the Bellingcat crew to explain this one…

British Mi5 social media misinformation site Bellingcat has stated that a BUK number 312 was the BUK missile vehicle that shot down Malaysian Airlines flight MH-17. They have presented still images to attempt to prove their case. There are rumors that the still images they presented are being used by the Dutch Safety Board as evidence in the investigation into the downing of MH-17, however, the very same number BUK 312 was recorded on video in July 2014 in the war zone right before MH-17 was shot down. The US government and media have also used these still images to place blame upon Russia.

Kiev military has stated on numerous occasions that they had no BUK missile systems in use, however, the Russian government presented a radar presentation on July 21, 2014 and presented evidence that Ukraine was operating at least 4 BUK missile systems and, incidentally, took them offline and moved them the very same day after MH-17 was shot down. Link to Russian radar presentation with English translation: https://www.youtube.com/watch?v=KSpeo5RcQQo

This AP article from July 3, 2014 shows Ukrainian BUK 321 (which is the one in the above mentioned video that passes on the road right before BUK 312). The AP article clearly states that it is a Ukrainian army BUK photographed near Slavyansk, Ukraine. This photo and the video above clearly show that the two BUKs are linked and are in the possession of the Ukrainian armed forces.http://www.masslive.com/news/index.ssf/2014/07/ukraine_claims_winning_ground.html
Still not convinced it was a Ukrainian BUK system? Here it is plain to see on the airport tarmac in Kramatorsk, Ukraine. https://www.facebook.com/photo.php?fbid=1586484431620041&;amp;set=p.1586484431620041&amp;type=1&amp;theater

US Senator ‘Maverick’ John McCain has also been caught on camera lying about the Ukrainian military having BUK missile systems. At the 32 second mark of the following You Tube video, John McCain is caught outright lying on CNN saying that “the Ukrainians do not have BUKs”. Link here: https://www.youtube.com/watch?v=-V53xoum3AM

Another link showing that the Associated Press filmed the Ukrainian military with BUKs. Namely BUK 321 which is also in the attached video with BUK 312 and proves Ukraine had them both. Link here:http://news.yahoo.com/photos/ukrainian-government-forces-maneuver-antiaircraft-missile-launchers-buk-photo-183322225.html
Interview with Ukrainian operator of BUK 312 that the US sand Bellingcat says allegedly downed MH17 [eng subs]

This witness testimony proves that the US was wrong to cite that Buk system #312 was a Russian BUK that was used to shoot down MH-17. This testimony and the fact that BUK 312 was a Ukrainian BUK throws the entire US and Kiev stated position into doubt.

Former Ukrainian serviceman that was a team member of BUK system #312 claims the US information is inaccurate. He proves that he worked on BUK #312 as a Ukrainian soldier and states that particular BUK system was not a Russian Buk as stated by the US State department. He claims it was manned by Ukrainian military personnel.

He isn’t saying that he knows who shot down MH-17. What he is saying is that he was a former team member of the BUK that the US claimed came from Russia. He provides proof with documents and photos that the BUK #312 was actually a Ukrainian army unit and he was previously deployed with it, therefore his testimony proves that the Kiev spokesperson lied when they said they didn’t have any BUks in the combat zone and that Russia supplied the BUK.https://www.youtube.com/watch?v=d2rRCSNp33IThis scenario fits the scenario that US reporter Robert Parry put forth on July 19th, two days after the shootdown, when he wrote:

“Regarding the shoot-down of the Malaysian jetliner on Thursday, I’m told that some CIA analysts cite U.S. satellite reconnaissance photos suggesting that the anti-aircraft missile that brought down Flight 17 was fired by Ukrainian troops from a government battery, not by ethnic Russian rebels who have been resisting the regime in Kiev since elected President Viktor Yanukovych was overthrown on Feb. 22.

According to a source briefed on the tentative findings, the soldiers manning the battery appeared to be wearing Ukrainian uniforms and may have been drinking, since what looked like beer bottles were scattered around the site. But the source added that the information was still incomplete and the analysts did not rule out the possibility of rebel responsibility.”

Link here: https://consortiumnews.com/2014/07/19/airline-horror-spurs-new-rush-to-judgment/
Finally here are links to two additional videos showing that the Ukrainian military were moving two other BUK missile systems. https://www.youtube.com/watch?t=52&;amp;v=wSry_Tmjdjc
And in this one at the 42 second mark: https://www.youtube.com/watch?v=ciUXqtM8Q7g
It would be nice to see “Bellingcat”refute this irrefutable evidence, especially since they have built a case against Russia based upon two still photos taken (by their own admission) in Ukraine and they are on record as stating that BUK 312 was a Russian supplied BUK. The evidence I present in this post proves, irrevocably, that Bellingcat is incorrect and they should consider their so called ‘evidence’ debunked. If the Dutch Safety Board uses their incorrect photo analysis as evidence in the downing of MH-17 it would be a travesty of justice for the victims of that doomed flight.