Moments ago the ECB issued the following statement:

The European Central Bank’s press conference was briefly disrupted by a protester today, who jumped on to the stage and threw confetti. Staff from the ECB are investigating the incident.

Initial findings suggest that the activist registered as journalist for a news organisation she does not represent. Like all visitors to the ECB, she went through an identity check, metal detector and x-ray of her bag, before entering the building.

It was bound to happen sooner or later: moments ago Mario Draghi was attacked by what appears to be a female (non-Greek) protester screaming “End ECB Dick-tatorship” while delivering his prepared remarks. 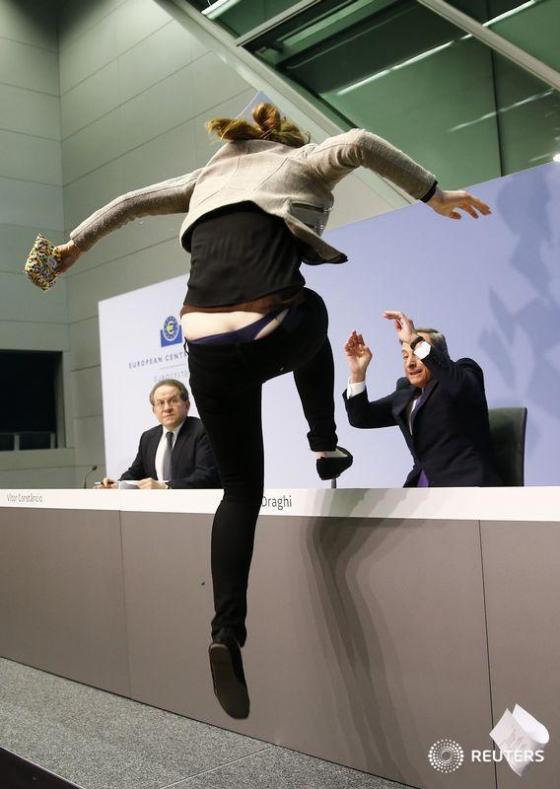 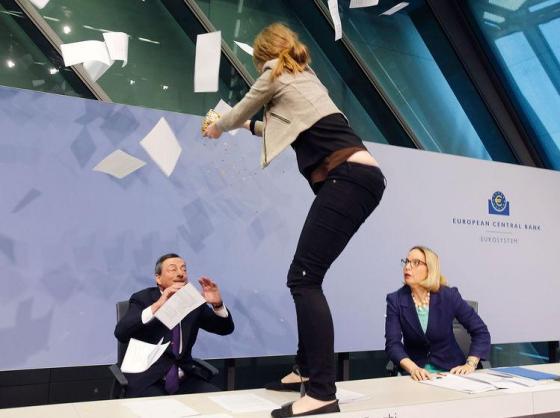 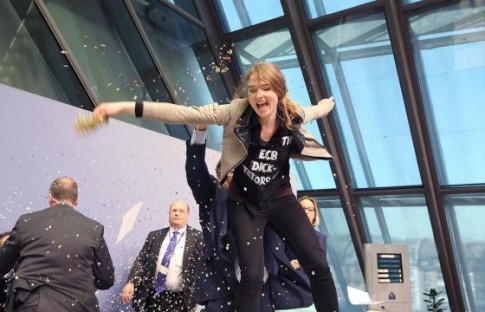 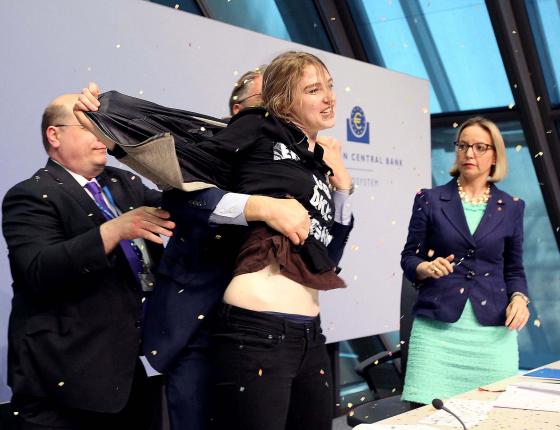 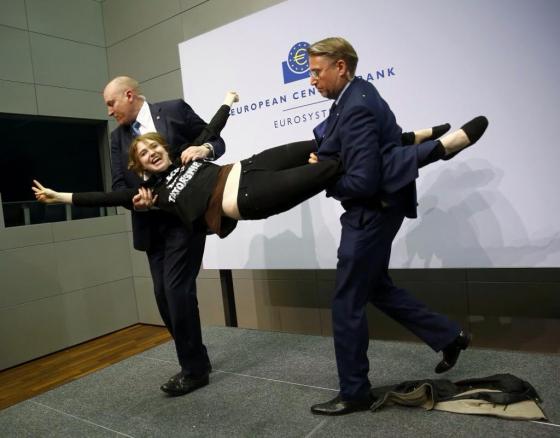 The press conference was briefly halted and has since resumed.