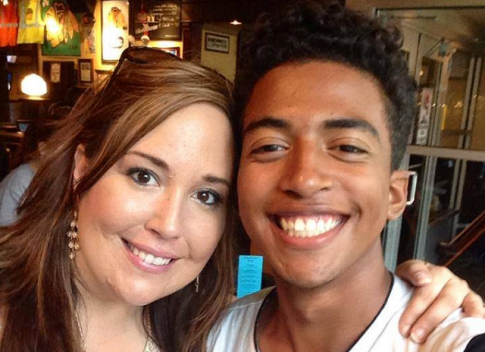 A 17-year-old Missouri resident who was “medically kidnapped” by officials in the neighboring state of Illinois is being restricted from traveling outside the state for pain treatment, even as Illinois child protective services continue to stop him from living with his mother.

As Natural News editor Mike Adams, the Health Ranger, reported in January after Isaiah Rider was taken to a Chicago hospital for pain treatment by his mother, he was taken by child protective services in Illinois following his mother’s “mistake” of requesting a second medical opinion — a concept which the medical community has pushed for decades.

From that point, Adams wrote, it likely became a question of money over mercy:

Isaiah was kidnapped by the hospital after his mother requested a second opinion on a medical diagnosis and treatment plan. Because Isaiah has a disability, the federal government pays extra for “treatments.” Isaiah, like many children in America today, quickly became a cash cow for the hospital which was working in conspiracy with state officials to act as the new “parents” for Isaiah.

Isaiah’s mother, Michelle Rider, had taken her son to have a surgery at Lurie Children’s Hospital, which allegedly specializes in treating his rare neurological condition that causes painful tumors to form on nerves. Once there, however, Child Protective Services stepped in after Michelle tried to take Isaiah to a different doctor because he remained in constant pain, charging her, somehow, with “medical abuse.” Then, CPS took Isaiah away from her and put him into foster care for a while, where he says he was later sexually abused and traumatized — a crime for which the protective services personnel allegedly did not report for months.

In a recent interview on The Robert Scott Bell Show, Isaiah said he is back in his native Kansas City but is still suffering — and is still not back with his mother.

In one of the more impactful moments during the interview, Bell asked Isaiah, “What do you need?”

Isaiah’s response: “The one thing that I need is I really need people to help me make a difference in the world. I want kids to have better lives than having DCFS take them away from their families.”

Listen to the entire interview at Epic Times.

In March, after a final hearing on their case with child protective services of Illinois, Michelle wrote:

Isaiah was just made a ward of the court in the state of IL. A Missouri residing resident is a ward of another state. He can’t even get proper medical care, we have been waiting on Illinois to be able to get him into see a neurologist to follow up on a brain lesion discovered in December… This doesn’t even make any sense at all. How is it any ones best interest for a state and agency 550 miles away to decide and dictate the best interest of a person? Anyone who can help, we need them.

“DCFS doesn’t care about me“

On April 7, according to Health Impact News, Michelle reported further that Isaiah was experiencing another “pain crisis.” While both are back in Missouri, because her son remains a ward of the state of Illinois, Isaiah is not permitted to live with her, the news site reported.

“The hospital and medical personnel in Missouri are unable to properly care for Isaiah, but they are following directions issued by Illinois DCFS which manages all of his medical care,” Health Impact News reported. “They would like to transfer him to the Mayo Clinic where he can receive better treatment.”

For his part, Isaiah remains confused about why he was taken from his mother in the first place — and is now being kept from her.

“Why is a bad foster home better than a home with parents who love them?” he said in March. “The only thing she’s trying to do is get me better, not hurt me. Mom is a better person than half of those people [at Lurie Children’s Hospital and DCFS].”