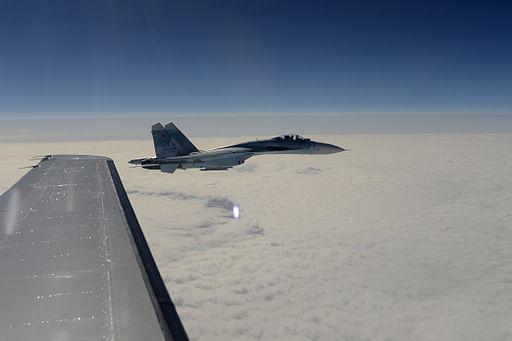 Over the past year, NATO has flooded the media with over 100 reports of its aircraft intercepting Russian spy and warplanes over neutral territory which supposedly were getting too close to native soil for comfort and in urgent need of an escort. Last week, however, the roles were reversed when a US RC-135U reconnaissance aircraft was intercepted in very close proximity by a Russian Sukhoi Su-27 fighter jet over the Baltic Sea near Russia’s Kaliningrad Region.

The Pentagon promptly accused the Russian pilot of coming dangerously close to the US aircraft.

“On the morning of April 7th, a U.S. RC-135U flying a routine route in international airspace was intercepted by a Russian Su-27 Flanker in an unsafe and unprofessional manner,” said Pentagon spokeswoman Eileen M. Lainez. 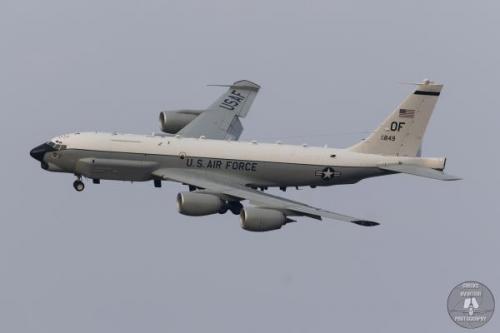 “The United States is raising this incident with Russia in the appropriate diplomatic and official channels,” she said in a statement.

A defense official said the Russian fighter jet flew within 20 feet of the unarmed reconnaissance jet in what the official called a “reckless” encounter that endangered the lives of the RC-135 crew.

The official said that a Russian Su-27 passed within 6 meters meters of the unarmed reconnaissance aircraft; by comparison the Sukhoi’s wingspan is just under 15 meters.

This is not the first time a Russian Su-27 has buzzed a US RC-135 recon flight: almost exactly one year ago the same incident took place, however this time over the Russian Sea of Okhotsk, and as can be seen on the video below, that too was a very close call.

The incident was promptly confirmed in Moscow by a Russian Defense Ministry spokesman. Major General Igor Konashenkov said the intercept was carried out after the aircraft was detected by Russian radar. He added that the interception was launched after “Russian air defense radars spotted an unidentified air target over the Baltic Sea making steady progress toward the national border.”

According to RT, the Sukhoi Su-27 dispatched to intercept the target identified it as a US Air Force reconnaissance aircraft RC-135U and reported the aircraft’s type and tail number to headquarters. After the Su-27 made several fly-bys around the spy plane, the RC-135U altered course and moved away from Russian border.  “No emergency situation was reported during the fly-by of the American reconnaissance aircraft.”

@RT_com The US aircraft had transponder ON.
Transponder code: AE01D5
Registration: 64-14849
Callsign: TELEX97

The official reason for the interception was irrelevant, as this was merely a tit-for-countless-tats in which NATO planes had done exactly the same to Russian airplanes also flying over neutral territory.

The head of Russia’s Upper House Committee for Foreign Relations, Konstantin Kosachev, called on to NATO to stop their “hysterics” over flights by the Russian Air Force, “presenting them as aggression and demonizing Russia.”

“In connection with the incident over the Baltic one should keep in mind that Russia is a Baltic country, whereas the US is not,” Kosachev said.

The most important question is just what the US was spying on in the northern part of Russia. So far, no details have been released on the mission of the RC-135, but the aircraft was reportedly in a position to monitor Russian military activities in western Russia and Kaliningrad. As a reminder, it was in the Kaliningrad enclave where Moscow recently decided to deploy Iskander-M nuclear capable tactical quasi-ballistic missile systems.

It is safe to assume that NATO is concerned about Russian nuclear capabilities, now that Russian tactical rockets are in position where they can strike deep inside Poland, whose anti-Russian rhetoric over the past year has been very vocal. 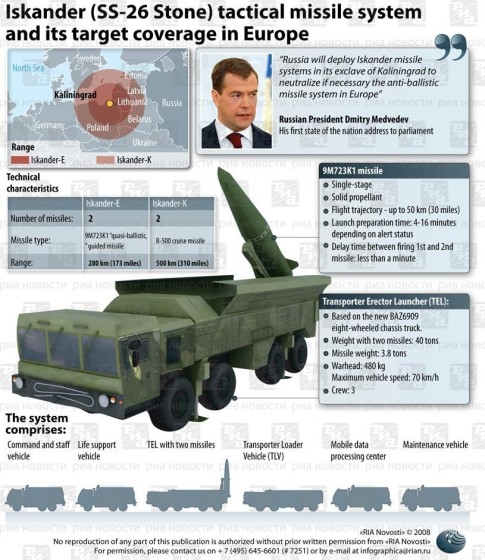 It is likewise safe to assume that such Top Gun-style “foreign relations” will continue and get ever closer, until finally someone gets hurt.