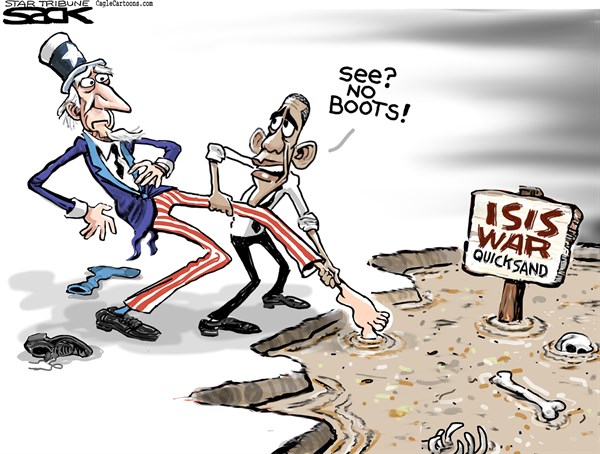 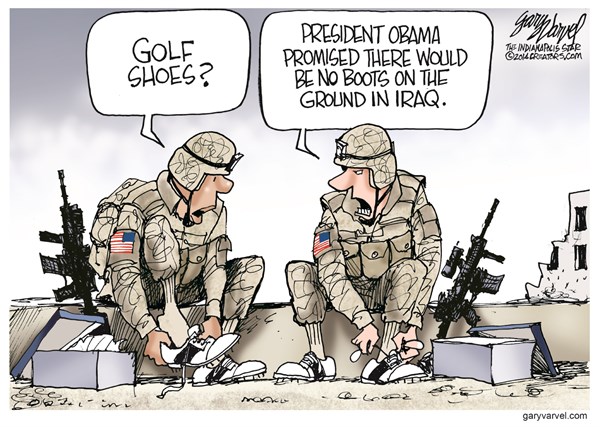 From no ‘boots on the ground’ in Iraq to 3500 US troops supporting “Operation Inherent Resolve” in 9 months… promises promises Mr. Obama.

There are already about 3,000 U.S. troops currently deployed in Iraq, including about 1,300 paratroopers from the 82nd Airborne’s 3rd Brigade Combat Team who deployed in January. But as Army Times reports,

About 500 more paratroopers from the 82nd Airborne Division will deploy this summer to Iraq and other locations in the region to support Operation Inherent Resolve.

The deploying soldiers belong to the division headquarters at Fort Bragg, North Carolina, the 82nd Airborne Division announced Wednesday. They will deploy in June for a nine-month tour. One contingent of soldiers will be in Iraq, while the rest will be based outside the country in the U.S. Central Command area of responsibility.

“I’m very proud of this great team,” said Maj. Gen. Richard Clarke, the 82nd Airborne Division commanding general, in a statement. “Our paratroopers are well trained and ready to continue the tremendous support the 1st Infantry Division is providing to the Iraqi Security Forces. The coalition is strong and committed to helping Iraq defeat the Islamic State of Iraq and the Levant, and we will continue to assist Iraq in its efforts to regain control over its sovereign territory.”