Clearly having not learned their lesson from ‘interfering’ in free markets (and all the deflation-creating over-supplying, crony-capitalizing, taxpayer money-wasting malinvestment that goes with it), NBC News reports, The White House has announced a goal to train 75,000 workers in the solar industry by 2020, many of them veterans. In a sentence only President Obama could utter, he explains “these are good-paying jobs that are helping folks enter the middle-class.” Climate ‘fixed’, folks ‘fixed’, veterans ‘fixed’ middle-class-economics ‘fixed’… and we are sure it will be unequivocally good for America (until trade wars pick up once again). 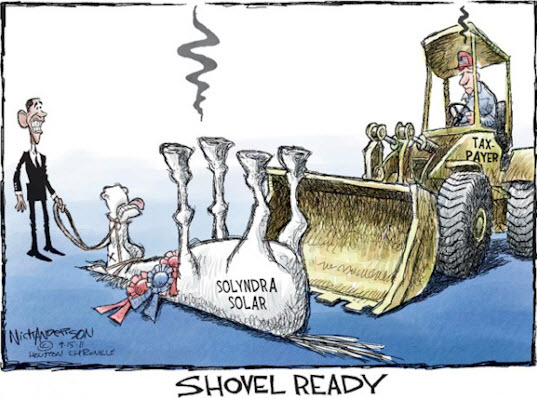 The White House has announced a goal to train 75,000 workers in the solar industry by 2020, many of them veterans.

“These are good-paying jobs that are helping folks enter the middle-class,” President Barack Obama said on Friday at Hill Air Force Base in Utah. The plan will expand on the Department of Energy SunShot Initiative’s Solar Instructor Training Network currently running at more than 400 community colleges.

The White House also announced the Solar Ready Vets program aimed at helping veterans transition into the solar industry. A joint program between the Department of Defense and the DOE, it’s currently being launched at 10 military bases across the country, including Hill Air Force Base and Camp Pendleton in California.

Obama touted the new goal as a way to bolster the economy and help meet the White House’s climate change goals, which call for greenhouse gas emissions to be cut 26 percent to 28 percent below 2005 levels by 2025. The solar industry is creating jobs at a rate of 10 times faster than the overall economy, the White House said. Obama announced the new program the same day the March jobs report was released showing the most sluggish U.S. employment growth since December 2013.