With Greece on the verge of either getting kicked out of Europe or suffer through yet another government overhaul, one which many suggest may usher the “last” option for Greece, the ultra nationalist, neo-Nazi Golden Dawn party into governance, some wonder if it is not Europe’s ulterior intention to force a populist shift toward right wing, nationalist parties (perhaps best observed in France where Marine le Pen’s dramatic rise to power has left many dazed and confused) one which will lead to social instability and shortly thereafter, war (because in a world in which every Keynesian voodoo trick to revive the economy has failed, war is the last remaining outcome).

So while we await to see if Europe’s turn to ultra right wing movements accelerates in the coming months, we just learned of a very disturbing development in just as insolvent Ukraine, where moments ago the website of the local Ministry of Defense reported that Dmytro Yarosh, i.e., the person show below… 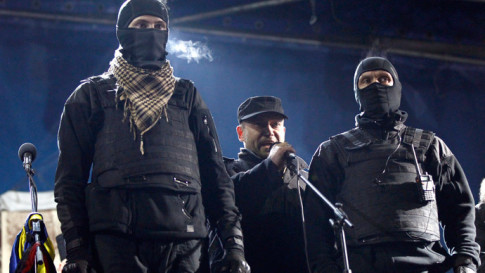 … leader of Ukraine’s “Right Sector” political party, whose adherents are shown in the photos below… 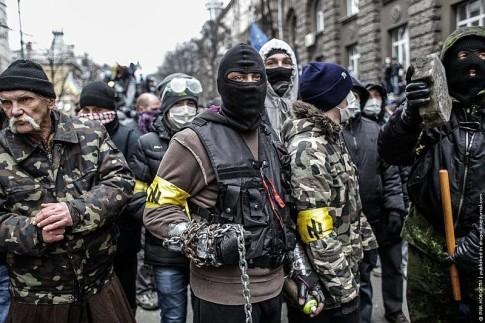 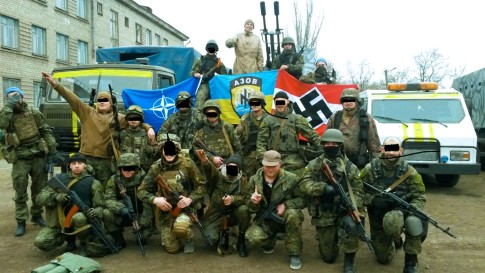 … and whose political ideology has been described as nationalist, ultranationalist, neofascist, right-wing, or far right, was just appointed as Advisor to Chief of General Staff.

From the Ukraine ministry of defense:

Dmytro Yarosh appointed as Advisor to Chief of General Staff 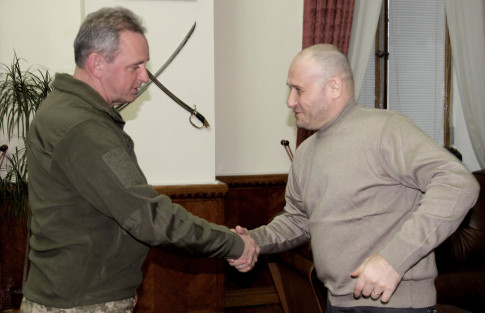 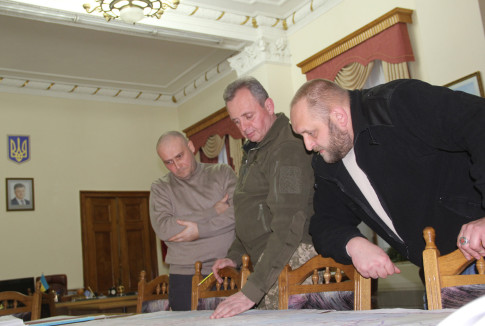 Colonel General Viktor Muzhenko stressed the Ukrainian army had become one of the strongest armies of Europe; the Ukrainian soldiers proved they knew how to fight and appreciated the contribution of volunteer battalions to defense of Ukraine and said: “We understand the needs of changes and increase of efficiency at all the army levels. We also consider various models of formation of the army reserve. We are developing the reforms and will implement them. We gathered all the patriots and defenders of Ukraine under single leadership. The enemy understands our unity and that its attempts end in failure. We have one goal and the united Ukraine. The Army becomes stronger each week”.

Dmytro Yarosh underlined the unity was the key precondition for further successful fighting and demonstrated the readiness to establish the cooperation and integration of volunteer battalions to the Ukrainian Armed Forces.

‘Pravyi Sector’ is ready to be subordinated to military leaders in issues related to defense of state from the external enemy.

Sadly the parallels with Europe of the 1920s and 1930s, not to mention the decade just following, grow more visible with every passing day.