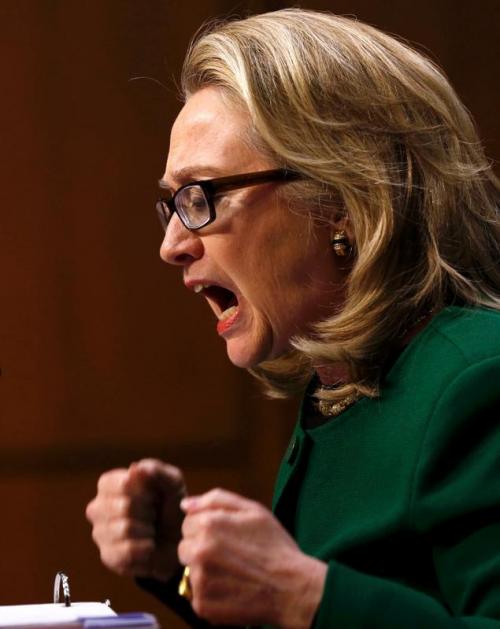 Three weeks ago, when Hillary Clinton was scrambling to come up with a credible lie to explain why she was using a personal server for email distribution – one that was not US government property and thus exempt from official FOIA requests – she said during a press conference at the United Nations that the reason was simple: it was simply a matter of “convenience” of carrying just one device.

“when I got to work as secretary of State, I opted for convenience to use my personal email account, which was allowed by the State Department, because I thought it would be easier to carry just one device for my work and for my personal emails instead of two.”

As it turns out she lied. Again.

Once again it is the AP that has exposed her in the lie, when it reported yesterday that the news agency had received four emails from a Freedom of Information Act request filed in 2013, with one exchange showing Clinton mistakenly responding to senior aide Huma Abedin’s email about drone strikes with questions about furniture.

“I like the idea of these,” Clinton wrote in the email.

“How high are they? What would the bench be made of? And I’d prefer two shelves or attractive boxes/baskets/ conmtainers [sic] on one. What do you think?”

When Abedin emailed back to ask if Clinton had meant to send that to her, the then-secretary of State responded: “No-sorry! Also, pls let me know if you got a reply from my ipad. I’m not sure replies go thru.”

They did go through, but a bigger question is why Clinton used not one but two email devices: after all wasn’t this “inconvenient“?

Furthermore, while one can always be forgiven (if only once) the traditional email Reply To All blunder, how one can reply about an email discussing drone strikes with what is clearly a home improvement order in process is beyond anyone’s imagination. One wonders how many Pottery Barn coupons Bashar Assad got over the past several years courtesy of Hillary.

And then there is the question of why she lied again. Here we get another token explanation which is now merely pandering to the most naive of Clinton fans:

Nick Merrill, a Clinton spokesman, told the AP that she occasionally used her iPad to read news clippings.

In other words, confidential state data and emails were transiting not only an unsafe home server with unknown encryption, but also traversed the very much insecure Apple infrastructure. As in these guys: 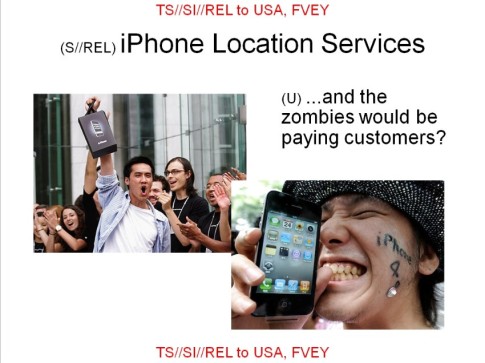 Sensing that the scandal is rapidly running out of control, and with every incremental lie Clinton just digs herself into an ever deeper hole, Clinton’s paid flacks are doing their best to redirect this scandal and make it seem like a witch hunt.

“This is an attempt by the right wing to beat to death a manufactured controversy and distract from real issues such as getting good paying jobs to working and middle class Americans,” Watson told The Hill.

“Hillary used her iPad as many do, to read news clippings. Republicans should demand a message from their leaders instead of failed attacks.

It sounds like Republicans are demanding an explanation why she can’t keep her lies straight. As for the process being a witch hunt, indeed in some ways it just may be.

And now we look forward to the upcoming Congressional kangaroo court in which the American population will be asked “what difference does it make” how many email devices Hillary used.