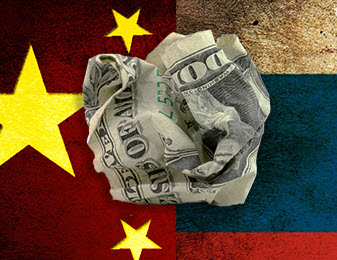 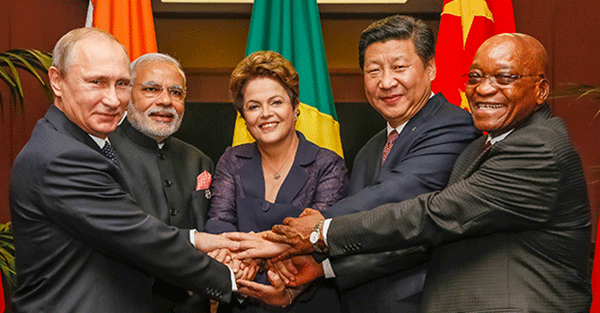 It’s official: everyone has caught onto the fact that the Asian Infrastructure Investment Bank story is extremely important. We’ve covered this exhaustively over the past month, but to summarize, the China-led development bank essentially marks an epochal shift away from traditionally US-dominated multinational institutions like the IMF and the ADB. Meanwhile, it also represents an implicit attempt by the Chinese to usher in a kind of sino-Monroe Doctrine and solidify their regional — and, to a certain extent their international — ambitions. In a desperate attempt to undermine the effort and preserve what’s left of US hegemony, Washington aggressively lobbied its allies last year to refrain from supporting the effort. Then the UK decided to join calling the bank an “unrivaled opportunity.” That effectively opened the floodgates and in short order, a bevy of Western nations and close US allies suddenly reversed course and indicated they were likely to support the new institution.

With the deadline for applications fast approaching, news coverage has picked up markedly of late.

China’s clout has been expanding for decades, as its rapid growth allowed it to snap up a rising share of the world’s resources, its exports penetrated global markets, and its bulging financial assets gave it power to make big individual loans and purchases. Now, the creation of international lending institutions is leveraging that economic influence closer to the political and diplomatic arenas, as U.S. allies defy America to back China’s initiative.

“This is the beginning of a bigger role for China in global affairs,” said Jim O’Neill, U.K.-based former chief economist at Goldman Sachs Group Inc., who coined the term BRICs in 2001 to highlight the rising economic power of Brazil, Russia, India and China…

Chinese President Xi Jinping’s vision of achieving the same great-power status enjoyed by the U.S. received a major boost this month when the U.K., Germany, France and Italy signed on to the Asian Infrastructure Investment Bank. The AIIB will have authorized capital of $100 billion and starting funds of about $50 billion.

Canada is considering joining, which would leave the U.S. and Japan as the only Group of Seven holdouts as they question the institution’s governance and environmental standards.

Australian Prime Minister Tony Abbott’s cabinet approved negotiations to join too, according to a government official who asked not to be identified as the decision hasn’t been made public. Founding membership will be finalized as soon as April 15, a Chinese official said today.

“China’s economic rise is acting as a huge pull factor forcing the existing architecture to adapt,” said James Laurenceson, deputy director of the Australia-China Relations Institute in Sydney. “The AIIB has shown the U.S. that a majority in international community support China’s aspirations for taking on greater leadership and responsibility, at least on economic initiatives”…

The U.S. still has veto power on major decisions made by both the IMF and the World Bank, and a lock on selecting the president of the World Bank. Both institutions are increasingly unrepresentative and undersized compared with demands they face.

As it turns out, not even the very institution that the AIIB is supposed to most directly threaten is prepared to shun the new bank and in fact, it appears as though cooperation may be in the cards:

The more isolated the US becomes as it relates to the new venture, the more transparent its motives seem. This was never about “standards” (the original excuse for Washington’s opposition to the bank), but rather about stifling Chinese ambition because, as we noted previously, while “starting an infrastructure development bank may not be an overt act of aggression, if you just sit idly by and let a rising superpower build stuff, it sends the wrong message, especially [when your allies] aren’t willing to spend at least 4% of [their] GDP on the military.”

Here’s The Economist with more on America and its (non)role:

In the case of the AIIB, America seems to be confirming China’s darkest fears: it has adopted a policy of containment that is wrong in principle and has failed in practice…

There are three reasons why America should be more receptive toward the AIIB and its allies’ potential membership. The first is that Asia’s need for infrastructure is vast and pressing. The continent’s relentless urbanisation requires at least $8 trillion of infrastructure spending in this decade, according to the ADB. The AIIB will not finance this splurge on its own: it looks likely to end up with a capital base of between $50 billion and $100 billion. But it will help.

Second, the best way to deal with concerns about Chinese lending standards is to join the bank and improve it from inside, not to throw brickbats from outside…

Third, although it might have been better to expand and reform existing institutions (the ADB, World Bank and so on), America itself has made that impossible. Even a modest proposal to increase the resources of the IMF (giving slightly more votes to China and other big emerging markets) has been stymied for years in Congress.

To be sure, this is a delicate time for the US in terms of its position on the world stage. The petrodollar is dying, Russia is reasserting itself in Eastern Europe, US-Israeli relations are quickly deteriorating, and now, the world is shifting away from ineffectual US-dominated multinational institutions that, in one way or another, have defined the post WW2 world. The US would be wise to adjust its foreign policy to reflect this new reality rather than desperately cling to the notion that world history is and always will be written by Washington.