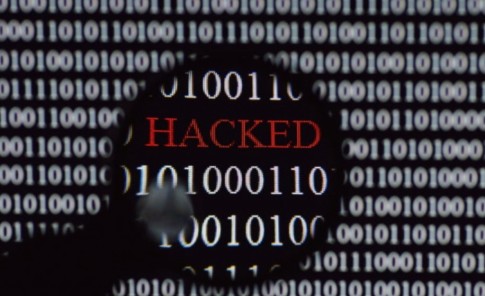 A judicial advisory panel Monday quietly approved a rule change that will broaden the FBI’s hacking authority despite fears raised by Google that the amended language represents a “monumental” constitutional concern.

The Judicial Conference Advisory Committee on Criminal Rules voted 11-1 to modify an arcane federal rule to allow judges more flexibility in how they approve search warrants for electronic data, according to a Justice Department spokesman.

The FBI wants the expanded authority, which would allow it to more easily infiltrate computer networks to install malicious tracking software.

If we’ve learned anything about the FBI over the past several years, it’s that the agency is extraordinarily skilled at finding mentally ill, dead-broke young Muslims and convincing them to become terrorists and by taking part in FBI created and funded terrorist plots.

This has been a topic I’ve covered on several occasions here at Liberty Blitzkrieg, with the latest example being the story of Christopher Lee Cornell, highlighted in the post: Manufactured Terrorism – U.S. Officials Claim Credit for Stopping Another Terror Attack Created by the FBI. Here’s an excerpt:

Nearly every major post-9/11 terrorism-related prosecution has involved a sting operation, at the center of which is a government informant. In these cases, the informants — who work for money or are seeking leniency on criminal charges of their own — have crossed the line from merely observing potential criminal behavior to encouraging and assisting people to participate in plots that are largely scripted by the FBI itself. Under the FBI’s guiding hand, the informants provide the weapons, suggest the targets and even initiate the inflammatory political rhetoric that later elevates the charges to the level of terrorism.

Before I get into the meat of this post concerning the FBI’s latest power grab, let’s take a look at yet another example of the FBI planning and then stopping one of its own attacks. From the Intercept:

Osmakac was 25 years old on January 7, 2012, when he filmed what the FBI and the U.S. Department of Justice would later call a “martyrdom video.” He was also broke and struggling with mental illness.

Osmakac was the target of an elaborately orchestrated FBI sting that involved a paid informant, as well as FBI agents and support staff working on the setup for more than three months. The FBI provided all of the weapons seen in Osmakac’s martyrdom video. The bureau also gave Osmakac the car bomb he allegedly planned to detonate, and even money for a taxi so he could get to where the FBI needed him to go. Osmakac was a deeply disturbed young man, according to several of the psychiatrists and psychologists who examined him before trial. He became a “terrorist” only after the FBI provided the means, opportunity and final prodding necessary to make him one.

Since the 9/11 terrorist attacks, the FBI has arrested dozens of young men like Osmakac in controversial counterterrorism stings. One recent case involved a rudderless 20-year-old in Cincinnati, Ohio, named Christopher Cornell, who conspired with an FBI informant — seeking “favorable treatment” for his own “criminal exposure” — in a harebrained plot to build pipe bombs and attack Capitol Hill. And just last month, on February 25, the FBI arrested and charged two Brooklyn men for plotting, with the aid of a paid informant, to travel to Syria and join the Islamic State. The likelihood that the men would have stepped foot in Syria of their own accord seems low; only after they met the informant, who helped with travel applications and other hurdles, did their planning take shape.

Informant-led sting operations are central to the FBI’s counterterrorism program. Of 508 defendants prosecuted in federal terrorism-related cases in the decade after 9/11, 243 were involved with an FBI informant, while 158 were the targets of sting operations. Of those cases, an informant or FBI undercover operative led 49 defendants in their terrorism plots, similar to the way Osmakac was led in his.

In these cases, the FBI says paid informants and undercover agents are foiling attacks before they occur. But the evidence suggests — and a recent Human Rights Watch report on the subject illustrates — that the FBI isn’t always nabbing would-be terrorists so much as setting up mentally ill or economically desperate people to commit crimes they could never have accomplished on their own.

On January 7, 2012, after the martyrdom video was recorded, Amir and others poked fun at Osmakac and the little movie the FBI had helped him produce.

“When he was putting stuff on, he acted like he was nervous,” one of the speakers tells Amir. “He kept backing away …”

In other recorded conservations, Richard Worms, the FBI squad supervisor, describes Osmakac as a “retarded fool” who doesn’t have “a pot to piss in.” The agents talk about the prosecutors’ eagerness for a “Hollywood ending” for their sting. They refer to Osmakac’s targets as “wishy-washy,” and his terrorist ambitions as a “pipe-dream scenario.” The transcripts show FBI agents struggled to put $500 in Osmakac’s hands so he could make a down payment on the weapons — something the Justice Department insisted on to demonstrate Osmakac’s capacity for and commitment to terrorism.

“The money represents he’s willing to do it, because if we can’t show him killing, we can show him giving money,” FBI Special Agent Taylor Reed explains in one conversation.

Since this so-called terrorist didn’t have the money to buy anything, the FBI actually went so far as to give the money to one of their informants, who then passed it on to Osmakac.

These transcripts were never supposed to be revealed in their entirety. The government argued that their release could harm the U.S. government by revealing “law enforcement investigative strategy and methods.” U.S. Magistrate Judge Anthony E. Porcelli not only sealed the transcripts, but also placed them under a protective order.

“If my brother was truly part of a plot to kill people, I’d be the first one in line to condemn him,” Osmakac’s brother Avni says. “But my brother was mentally ill. We were trying to get him help. The FBI got to him first.”

With stage set, let’s now take a look at the FBI’s latest unconstitutional power grab. The National Journal reports that:

March 16, 2015  A judicial advisory panel Monday quietly approved a rule change that will broaden the FBI’s hacking authority despite fears raised by Google that the amended language represents a “monumental” constitutional concern.

The Judicial Conference Advisory Committee on Criminal Rules voted 11-1 to modify an arcane federal rule to allow judges more flexibility in how they approve search warrants for electronic data, according to a Justice Department spokesman.

The FBI wants the expanded authority, which would allow it to more easily infiltrate computer networks to install malicious tracking software. This way, investigators can better monitor suspected criminals who use technology to conceal their identity.

But the plan has been widely opposed by privacy advocates, such as the American Civil Liberties Union, as well as some technologists, who say it amounts to a substantial rewriting of the rule and not just a procedural tweak. Such a change could threaten the Fourth Amendment’s protections against unreasonable search and seizures, they warn, and possibly allow the FBI to violate the sovereignty of foreign nations. The rule change also could let the agency simultaneously target millions of computers at once, even potentially those belonging to users who aren’t suspected of any wrongdoing.

Google weighed in last month with public comments that warned that the tweak “raises a number of monumental and highly complex constitutional, legal and geopolitical concerns that should be left to Congress to decide.”

In an unusual move, Justice Department lawyers rebutted Google’s concerns, saying the search giant was misreading the proposal and that it would not result in any search or seizures not “already permitted under current law.”

Here’s the “we already do it” defense. This is becoming more and more common.

The judicial advisory committee’s vote is only the first of several stamps of approval required within the federal judicial branch before the the rule change can formally take place—a process that will likely take over a year. The proposal is now subject to review by the Standing Committee on Rules of Practice and Procedure, which normally can approve amendments at its June meeting. The Judicial Conference is next in line to approve the rule, a move that would likely occur in September.

The Supreme Court would have until May 1, 2016 to review and accept the amendment, which Congress would then have seven months to reject, modify or defer. Absent any congressional action, the rule would take place on Dec. 1, 2016.

“Although presented as a minor procedural update, the proposal threatens to expand the government’s ability to use malware and so-called ‘zero-day exploits’ without imposing necessary protections,” said ACLU attorney Nathan Freed Wessler in a statement. “The current proposal fails to strike the right balance between safeguarding privacy and Internet security and allowing the government to investigate crimes.”

Never let the Constitution get in the way of an authoritarian power grab.