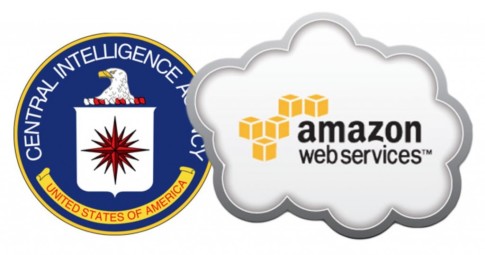 Examining the distinct ways in which various technology/internet companies have responded to revelations that the U.S. government is grossly violating American citizens’ 4th Amendment rights with its unconstitutional mass surveillance can be quite telling. A really interesting case in point came across my screen today.

On the one hand, we have Cisco, which seems to be trying its best to get hardware from one place to another without the NSA intercepting it and implanting malware. On the other hand, we have Amazon, which refuses to provide even the most basic transparency report when it comes to government data requests. Thanks for nothing Bezos.

Let’s start with Cisco. The Register reports that:

Cisco will ship boxes to vacant addresses in a bid to foil the NSA, security chief John Stewart says.

The interception campaign was revealed last May.

Speaking at a Cisco Live press panel in Melbourne today, Stewart says the Borg will ship to fake identities for its most sensitive customers, in the hope that the NSA’s interceptions are targeted.

“We ship [boxes] to an address that’s has nothing to do with the customer, and then you have no idea who ultimately it is going to,” Stewart says.

Stewart says some customers drive up to a distributor and pick up hardware at the door.

After the hacking campaign Borg boss John Chambers wrote a letter to US President Barack Obama saying the spying would undermine the global tech industry.

At least on the surface, Cisco appears to be trying to do the right thing. Not Amazon, who’s CEO, Jeff Bezos, is happily giving a giant middle finger to all of his customers.

Amazon remains the only US internet giant in the Fortune 500 that has not yet released a report detailing how many demands for data it receives from the US government.

Although people are starting to notice, the retail and cloud giant has no public plans to address these concerns.

So we got on the phone with Amazon to ask why it hasn’t disclosed its figures yet.

We reached out to nearly 30 people who are currently or formerly associated with the company. After two days of cold-emails, one person who declined to be named said they and others were “under confidentiality obligations” not to discuss such matters. We weren’t getting anywhere.

Amazon hasn’t budged on its privacy stance in years. Because of its lack of clarity on how it handles data requests, Amazon has for the past four years running ranked as one of the lowest companies in the Electronic Frontier Foundation’s (EFF) annual privacy reports.

“Amazon has a tremendous amount of user data, both from its direct retail businesses and from its hosting services through Amazon Web Services, but it fails to let users, and potential users, evaluate their policies and understand how law enforcement seeks to gain access to data stored with them,” the privacy group wrote in its most recent report.

So, why won’t Amazon do it?

We don’t know, and nobody wants to talk. It’s been widely speculated before (though not necessarily naively) that the US government may have asked Amazon to hold back on reporting those figures.

I don’t know, could it be related to a nice $600 million cloud contract with the infamous Central Intelligence Agency?