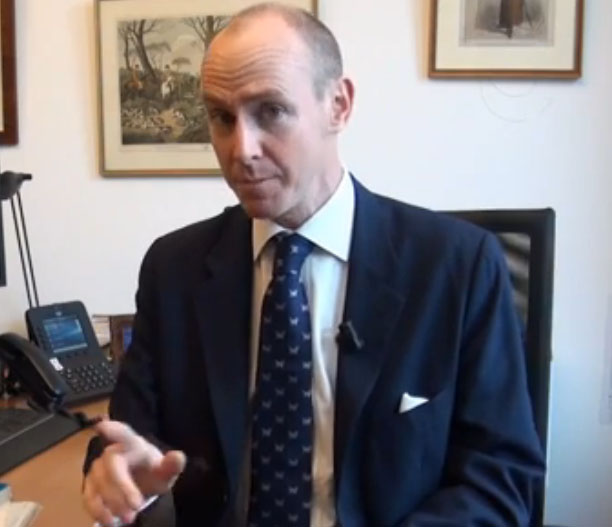 With Greece on the edge of being kicked out of the Eurozone , either voluntarily or otherwise, with an anti-austerity party on the verge of taking over the reins of power in Spain, with Beppe Grillo waiting in the corridors for his chance to pounce in Italy and with Marine le Pen and her nationalist party on the verge of becoming the biggest shocker of Europe over the coming years, here, according to Daniel Hannan, is what killed democracy in Europe. Europe itself.

Here are the punchlines, which are all based documented fact:

We were told the Euro would be an antidote to extremism, that it would make countries get on better, and make moderate politics more mainstream. Well, how’s that working out for you. Look at the elections in Greece – a Trotskyist party came first, a Nazi party came third. And as for the national animosities read the way the German newspaper now refer to the Greeks and vice versa. Would you say this is soothing or stoking national rivalries in Europe?

But worst of all is the impact on democratic accountability. After the Greek election results came in, the German finance minister said “elections change nothing.” He was talking specifically about Greece but this could be a watchword describing the entire Brussels racket. As Jean Claude Juncker put it the next day, “there can be no democratic choice against the European treaties.” This is the same European Commission that in late 2011 in Italy and Greece engaged in practice in civilian coups, toppling elected prime ministers and replacing them with former technocrats.

As the former president of the European Commission Barroso puts it, “democratic governments are often wrong. If you trust them too much they make bad decisions.” And so we have this syste,min Europe where power is deliberately vested in the hands of people who are invulnerable to public opinion. Being against that shouldn’t make you anti-Europe, it doesn’t make you Euroskeptic, it makes you pro-democracy. What a tragedy that in the country where democracy was born, in the part of the world that evolved this sublime idea, that our rulers should be accountable to the rest of us, in that same country that wonderful idea that laws should not be passed nor taxes raised except by our own representatives, has been abandoned.”

Tragedy indeed, and while nobody else is willing to admit it, only a violent overthrow of this unelected group of self-serving oligarchs is the only probably outcome.