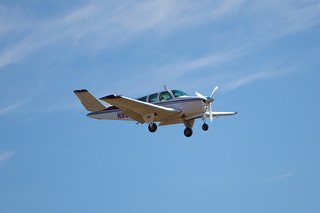 The US may be using cellphone-sniffing planes to find suspects across the world, according to a new report from The Wall Street Journal. In November, the Journalrevealed the US Marshal’s secret program to locate specific fugitive through airplane equipped to mimic cell towers. Flying over an urban area, the planes can pinpoint the location of a single number amid a million or more phones. The new report shows the technology first originated with the CIA, which guided the initial deployment of the planes by the Marshal Service. Furthermore, Journal sources say continues to be used to locate intelligence targets overseas.

If true, the report unveils a powerful weapon in US intelligence efforts abroad, but also reveals a troubling trend of foreign intelligence tools used for domestic law enforcement purposes. The plane-mounted cellphone detector is a potentially ingenious tool for intelligence gathering, but it seems to have moved from CIA intelligence work to domestic fugitive tracking with little to no oversight, a troubling reminder of how easily tools designed for the War on Terror can be put to domestic ends. Electronic privacy advocates have already raised doubt about the practice. “There’s a lot of privacy concerns in something this widespread, and those concerns only increase if we have an intelligence agency coordinating with them,” the EFF’s Andrew Crocker told the Journal.