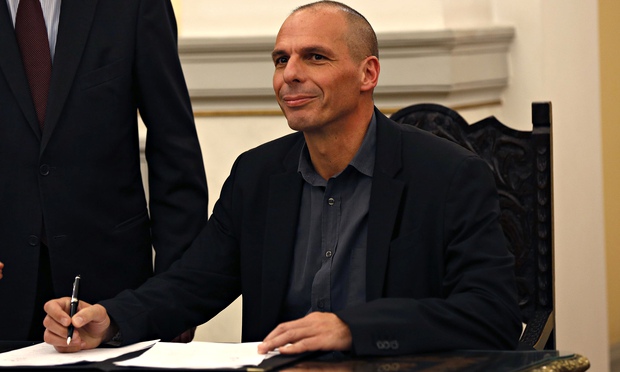 Following earlier comments from various Eurogroup members – after yesterday’s dismissal of Greece’s proposed “reforms” – ranging from Slovakia’s “Greece needs to face the naked truth,” to Dijsselbloem’s “we seem to be losing time on Greece,” and Schaeuble’s “not a lot has happened on Greece,” it appears Greece has quickly folded once again and acquiesced to EU’s demands for harsher cuts. With cash unlikely to last more than 3 weeks and being unlikely to get the EU1.9bn in bond profits from the ECB (according to EU officials), Greek officials have stated that they are “willing to enrich” the list of reforms.

Some helpful comments as leaders arrived at today’s Eurogroup meeting:

As Bloomberg notes,Greece is willing to add more reforms to proposed list…

Eurogroup must remain political body, shouldn’t discuss technical details, a Greek govt official, who asked not to be named in line with policy said by e-mail.

Greece seeks political progress in today’s meeting; govt willing to enrich list with other reforms, some of which will be directly submitted to technical delegation: govt official

3 reforms that will be submitted to technical delegation, not included in first list are reviewing past income tax declarations, cross-checking triangular transactions, incentives for collecting receipts: govt official