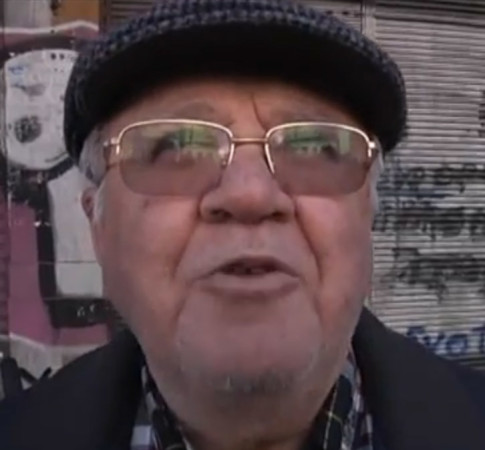 – What Ordinary Greeks Think Of Friday’s Deal: “We Went Through Two Months Of Agony To Realize We Are Still A Debt Colony” (ZeroHedge, Feb 22, 2015):

For all the third-party analysis, punditry and opinions such as this one by the Irish finance minister Michael Noonan:

“Their political problem is that this a reversal of their election position. There is absolutely nothing on the table that could be considered a concession. They’re now compromising and compromising quite significantly,” he told national broadcaster RTE, but made clear Athens had little choice. “The biggest threat to Greece was that their banking system would go belly up next Wednesday.”

Noonan said Greece now faces another bailout on top of the two totaling 240 billion euros that it has taken since 2010. Friday’s deal had been “the first set of discussions to ensure Greece doesn’t collapse next week”, said Noonan. “Once you get them into the safe space for the next four months, there’ll be another set of discussions which will effectively involve the negotiation of a third program for Greece.”

… when it comes to Friday’s deal it all boils down to two things: promises, now broken:

But far more importantly, the real question is what the people on the ground think. Here is one answer:

Some Greeks wondered what the government had achieved. “We went through two months of agony, emptied the banks, to realize we are still a debt colony,” 54-year-old electrician Dimitris Kanakis told Reuters. “The paymasters call the shots.”

Here is Euronews with another:

Pensioner Paradisanos Rigas siad: “It looks to me that nothing has changed. Later on they’ll throw us some bones and say everything is fine. Syriza will be saying we put up a fight, while the other side will be saying you did nothing. And I think that it will be the same, just more of the same.”

And now that Greece has suffered its harshest hangover in years following several short weeks of hope that this time it may be finally different, it is time to repeat the farce from the beginning as yet another party will soon appeal to the Greek people with even greater and even more unrealistic promises, declaring that unlike Samaras, pardon, Tsipras, this time they will really show Germany who’s boss.