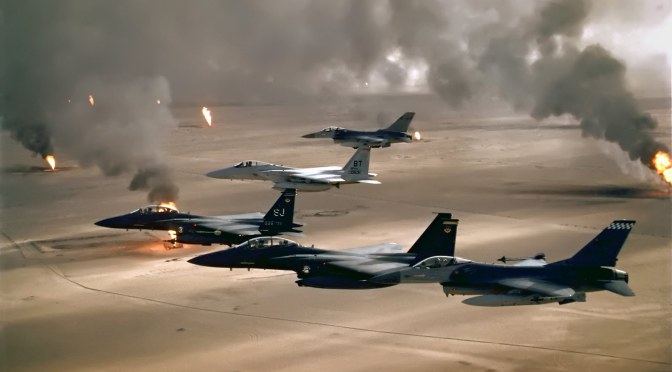 In the interest of analytical balance, we would do well to consider the possibility of war strategies when it comes to the global stockpiling of petroleum reserves.  In the years leading up to the German invasion of Poland, the world witnessed dramatic decreases in the price of oil as well as massive increases in petroleum inventories, especially as the Texas fields began to produce.

These shifts in the global oil markets ran parallel to the deflation which had begun in October, 1929, and as such, we can see the same pattern repeating today as oil prices collapse, inventories are growing, and world wide deflation is deepening.

The United States and China are both increasing their Global Strategic Petroleum Reserves, with stockpiling taking place in Cushing, Oklahoma, and in provinces throughout China.  The promoted script is that America is seeking energy independence and China is taking advantage of low oil prices to increase stockpiles, as they are an energy importer.

But other countries around the world are stockpiling oil and petroleum products as well, from the construction of massive storage tanks in Nigeria, to hundreds of oil tanker ships full of crude floating of coastlines.  Crude and petroleum product stockpiles are increasing to record levels.

Here are just a few links to increasing stockpile articles:

There are numerous reasons why petroleum stockpiles are increasing.

One is the obvious opportunity to capitalize on low oil prices, and a second would have to do with the global demand decreasing while the game of production chicken continues between low cost and high cost oil producers around the world.

A third possibility, and one I’ve been reluctant to discuss, mainly because it feeds the fear hysteria which is being promoted on many other alternative sites, is the preparation for war.

For any military to wage war a large and steady supply of oil and petroleum products are required.  Just some of the materials and products which are rapidly consumed in warfare are the following:

Some of the primary purposes, or usage’s of oil, are in:

Some of these products and items may seem painfully obvious, but defining them does help us formulate a proper approach when considering the broader implications of war preparations.

Another vital aspect of war preparation is the relationships which exist between governments and private industry.  The dynamics between Nazi Germany and companies such as IG Farben, as well as vast western corporations, were important  strategic partnerships which were focused on realizing the common objectives which had been determined before the outbreak of hostilities.

We have often drawn attention here to the American industrial objectives in Ukraine and Syria, in attempts to secure access to resources, but this could also be the early signs of a shift away from the proxy war formula which has been used to buffer direct warfare between Russia and the West, and towards open and direct military contact.

Assumptions are made that the flex allowed for in the global financial system can be managed by the regulations and mandates of the international banking system, as determined by the Bank for International Settlements.  Even though I feel certain that this is the case, only a fool would completely discount the possibility of the fragmentation of the control framework.

With that being said, the BIS had the ability to direct the course of the WW2 while doing business with industrial and governmental interests on both sides of the conflict.  All the while the banking interests enriched themselves further with gold and other assets which had been captured and transferred during the war years.

So it is with interest we consider that 33% of all GPSR, or Global Strategic Petroleum Reserves, are held by governments, and the remainder of strategic reserves are held by private industry.  The same private industry that gets its funding from the international banking system.

It’s interesting to reference that the League of Nations, in the pre-war years, as Italy and Germany were building up their strategic reserves, did not include petroleum products on the economic sanctions list against those countries.  And of course, the League of Nations, the precursor to the United Nations, was an extension of the international banking interests as represented in the Bank for International Settlements.

Whether by design or not, the lack of reduction in crude production around the world, and the growing stockpiles which isn’t slowing down, will only mean further decreases in the price of oil.

The growing deflation will obviously drive down the demand for petroleum products even further, while at the same time decreasing oil prices will continue to feed the deflationary pressure from the opposite macro position.

The emerging framework of the multilateral financial system will create large systemic pressure on the current USD based system, which the growing deflation is a product of.  But could the stockpiling of petroleum products only be the strategy to account for the systemic instability as the framework shifts, or is there a broader strategy which involves preparations for war and the petroleum products which would be required to wage that war?

The collapse of the Baltic Dry Index, and other economic metrics, could be the first manifestations of a reallocation of products and resources as they are sucked towards the front lines of a war that has not yet overtly started.

It is still my contention that the multilateral architecture will emerge and be implemented without a larger war involving the global players, such as America, China, and Russia.  That is not to say that there aren’t any geopolitical and socioeconomic advantages to be obtained by the Bank for International Settlements by allowing and funding another expanded war.  But let us hope that the massive stockpiling of crude and petroleum products, along with global deflation, and a collapse of consumer demand, does not mean the approaching rumbles of war and all the horrors it will pertain.

If a larger war does breakout, whether in Eastern Europe or the Middle East, perhaps even the South Pacific, expect the opening months to be savage and intense as powers rush to secure alternative  petroleum sources before their own reserves are depleted.

As it stands right now, all major powers have developed Joint Strategic Petroleum Reserves in their regions of the world.  This would suggest a balance in availability of petroleum products in the opening months of the war.