That approach, which Mrs. Clinton called “economic statecraft,” emerged in discussions with Robert Hormats, a former Goldman Sachs Group Inc. investment banker who has worked in Democratic and Republican administrations and became an undersecretary of state. “One of the very first items was, how do we strengthen the role of the State Department in economic policy?” he says.Early in Mrs. Clinton’s tenure, according to Mr. Hormats, Microsoft’s then Chief Research Officer Craig Mundie asked the State Department to send a ranking official to a fourth annual meeting of U.S. software executives and Chinese government officials about piracy and Internet freedom. Mr. Hormats joined the December 2009 meeting in Beijing.

Mr. Hormats says there was no relation between Microsoft’s donations and the State Department’s participation in the China conference.

Before every overseas trip, says Mr. Hormats, the former undersecretary of state, he helped prepare a list of U.S. corporate interests for Mrs. Clinton to advocate while abroad.

If you can’t beat em, mock em. That’s essentially my motto going into the imperial spectacle known as the 2016 American Presidential election. With another Bush and another Clinton likely on the ballot, there’s basically only one candidate running, and I plan on proving this in no uncertain terms over the next couple of years.

Recently, I started a series known as “Jeb Bush Exposed” (read part 1 and part 2), so it’s only fair that I create a similar category for Hilary. Going forward, I plan on naming all future exposes on these two cronies in that manner, so all the stories are easily accessible as we head into next year’s charade.

Hilary Clinton’s biggest weakness is that she doesn’t actually stand for anything other than money and power. Glenn Greenwald pointed this out perfectly in last year’s post: Glenn Greenwald on Hilary Clinton: “Soulless, Principle-Free, Power Hungry…” Here’s an excerpt:

Hillary is banal, corrupted, drained of vibrancy and passion. I mean, she’s been around forever, the Clinton circle. She’s a fucking hawk and like a neocon, practically. She’s surrounded by all these sleazy money types who are just corrupting everything everywhere. But she’s going to be the first female president, and women in America are going to be completely invested in her candidacy. Opposition to her is going to be depicted as misogynistic, like opposition to Obama has been depicted as racist. It’s going to be this completely symbolic messaging that’s going to overshadow the fact that she’ll do nothing but continue everything in pursuit of her own power. They’ll probably have a gay person after Hillary who’s just going to do the same thing.

In light of Hilary not harboring any genuine principles, she needs to fall back on the tainted and phony Democratic brand of “standing up for the little guy.” The only problem is that Hilary Clinton might be the most connected human being alive in America to large mega-corporations.

As you will see from the following Wall Street Journal article, she spent much of her time as Secretary of State lobbying overseas for the economic interests of behemoth corporations from ExxonMobil to Boeing; and from GE to Wal-Mart. All of this masterminded by former Goldman Sachs chairman, Robert Hormats. Coincidentally, these corporations turned around and gave very generously to the Clinton Global Initiative.

Among recent secretaries of state, Hillary Clinton was one of the most aggressive global cheerleaders for American companies, pushing governments to sign deals and change policies to the advantage of corporate giants such as General Electric Co. , Exxon Mobil Corp., Microsoft Corp. and Boeing Co.

At the same time, those companies were among the many that gave to the Clinton family’s global foundation set up by her husband, former President Bill Clinton. At least 60 companies that lobbied the State Department during her tenure donated a total of more than $26 million to the Clinton Foundation, according to a Wall Street Journal analysis of public and foundation disclosures.

As Mrs. Clinton prepares to embark on a race for the presidency, she has a web of connections to big corporations unique in American politics—ties forged both as secretary of state and by her family’s charitable interests. Those relationships are emerging as an issue for Mrs. Clinton’s expected presidential campaign as income disparity and other populist themes gain early attention.

Mrs. Clinton’s connections to the companies don’t end there. As secretary of state, she created 15 public-private partnerships coordinated by the State Department, and at least 25 companies contributed to those partnerships. She also sought corporate donations for another charity she co-founded, a nonprofit women’s group called Vital Voices.

The foundation resumed soliciting foreign governments after Mrs. Clinton left the State Department. The official name of the foundation was changed to the Bill, Hillary & Chelsea Clinton Foundation. Mrs. Clinton became a director. All told, the Clinton Foundation and its affiliates have collected donations and pledges from all sources of more than $1.6 billion, according to their tax returns. On Thursday, the foundation said that if Mrs. Clinton runs for president, it would consider whether to continue accepting foreign-government contributions as part of an internal policy review.

Foundation spokesman Craig Minassian says the group’s work helps millions around the world and its donors have a history of supporting such work. “So when companies get involved with the Clinton Foundation it’s for only one reason, because they know our work matters,” he says.

That approach, which Mrs. Clinton called “economic statecraft,” emerged in discussions with Robert Hormats, a former Goldman Sachs Group Inc. investment banker who has worked in Democratic and Republican administrations and became an undersecretary of state. “One of the very first items was, how do we strengthen the role of the State Department in economic policy?” he says.

Mr. Hormats says there was no relation between Microsoft’s donations and the State Department’s participation in the China conference.

Of course not. Move along serfs.

In 2012, the Clinton Foundation approached GE about working together to expand a health-access initiative the company had launched four years earlier, says a GE spokeswoman.

That same year, Mrs. Clinton lobbied for GE to be selected by the Algerian government to build power plants in that country. She went to Algiers that October and met with President Abdelaziz Bouteflika. “I saw an opportunity for advancing prosperity in Algeria and seizing an opportunity for American business,” she explained in her book.

A month after Mrs. Clinton’s trip, the Clinton Foundation announced the health-initiative partnership with GE, the company’s first involvement with the foundation. GE eventually contributed between $500,000 and $1 million to the partnership.

The following September, GE won the contracts with the Algerian government, saying they marked “some of its largest power agreements in company history.”

Ben Schreiber of the environmental group Friends of the Earth says: “We’ve long been concerned about the ties that Hillary Clinton has to the oil-and-gas industry.”

Both Exxon and Chevron are supporters of the Clinton Foundation. Chevron donated $250,000 in 2013. A Chevron spokesman said the Clinton charity “is one of many programs and partnerships that the company has had or maintains across a number of issue areas and topics pertinent to our business.”In October 2009, Mrs. Clinton went to bat for aerospace giant

Boeing, which was seeking to sell jets to Russia, by flying to Moscow to visit the Boeing Design Center. “I made the case that Boeing’s jets set the global gold standard, and, after I left, our embassy kept at it,” she wrote in her book.

Before every overseas trip, says Mr. Hormats, the former undersecretary of state, he helped prepare a list of U.S. corporate interests for Mrs. Clinton to advocate while abroad.

During Mrs. Clinton’s three trips to India, she urged the government tokill a ban on stores that sell multiple brands, a law aimed at department stores or big-box retailers such as Wal-Mart Stores Inc.

Just keep all that  in mind when she absurdly and inevitably attempts to play the populist card.

This is Why Rand Paul is Hilary Clinton’s Worst Nightmare

How the Washington D.C. Money Machine Stopped a Documentary on Hilary Clinton

Jeb Bush to Present the “Liberty Medal” to Hillary Clinton 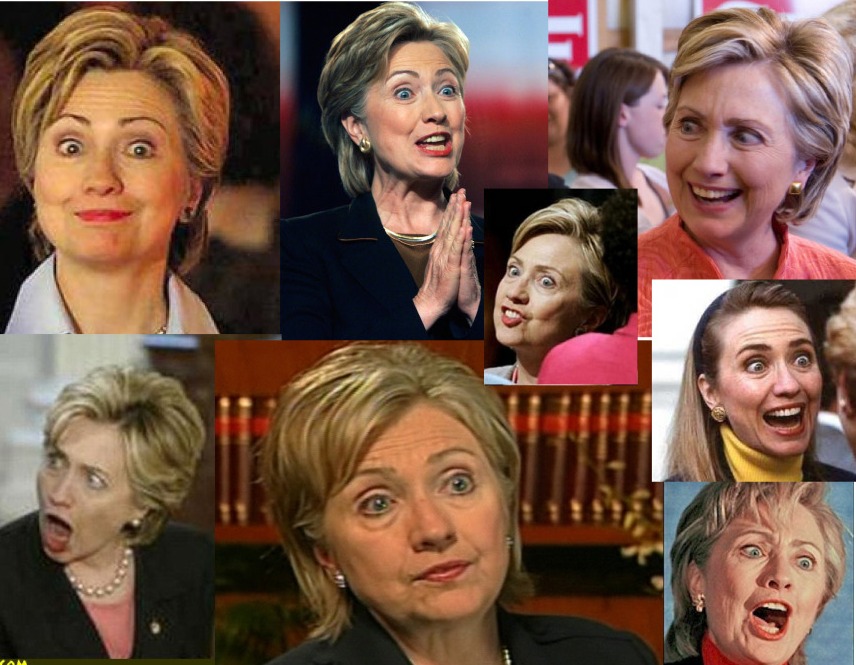 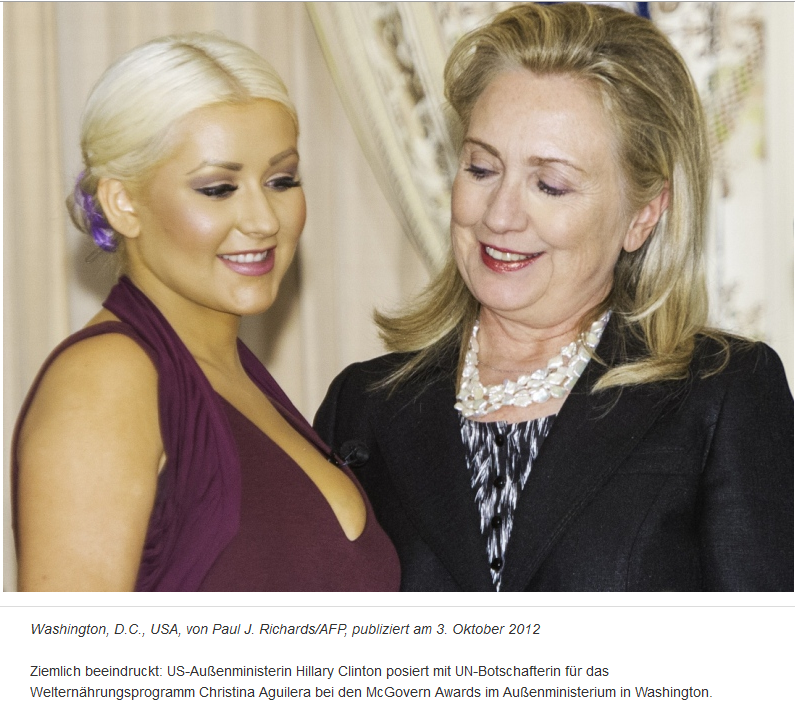