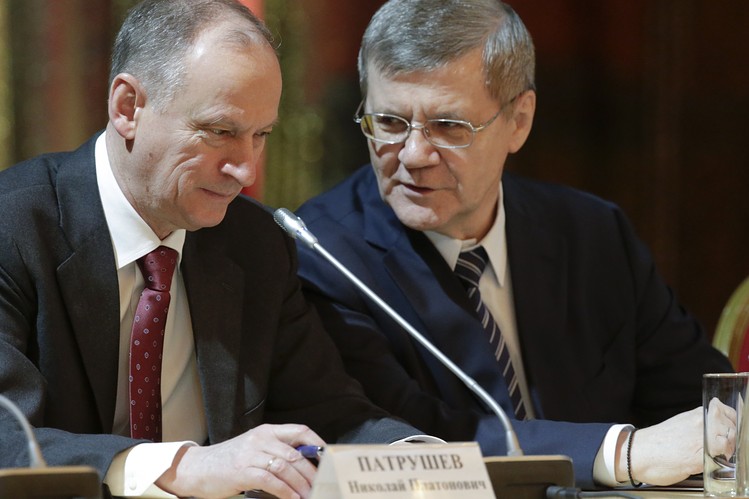 “The situation in Ukraine is being used as a pretext for the active ‘repression’ of our country,” Mr. Patrushev, who ran Russia’s Federal Security Service during Mr. Putin’s first eight years as president, said in an interview with the Rossiyskaya Gazeta, published Wednesday.

And, if accurate, Patrushev’s assessment is that the US will not stop short of what effectively will be world war: “The Americans are trying to involve the Russian Federation in an interstate military conflict, cause regime change [in Russia] and ultimately dismember our country via events in Ukraine,” he said.

His punchline, as reported by Bloomberg: “the current US approach will lead to inevitable confrontation with Russia and China.“

It hardly needs an explanation.

Finally, Patrushev also brought up another theory often cited by Russian officials: that the U.S. is “trying to seed conflict” around the world as a way to increase its power.

“Beginning with the global financial crisis in 2008, the U.S. decided to recover at the expense of others, including with the help of military adventurism and the destruction of full governments, employing the theory of ‘managed chaos‘.”

Considering 7 years after the great financial crisis, the world is still stuck deep in a glboal recession with central banks monetizing more debt than ever before in history while the US oligarchy has never been richer even as the global middle class is left for dead and told to just “buy assets” his observation is rather spot on.