–Did CIA Director William Casey Really Say ‘We’ll Know Our Disinformation Program Is Complete When Everything the American Public Believes Is False’? 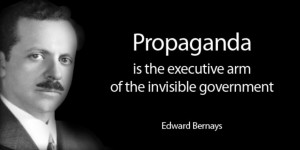 The British Army will revive one of the most contentious special forces units of the second world war, the Chindits, as a new generation of “Facebook” warriors who will wage complex and covert information and subversion campaigns.

Get ready, social media is about to get far more treacherous than it already is. Be extra careful jumping to conclusions, always think for yourself and use your best judgement. Government psy ops are about to go into overdrive.

A new group of soldiers, referred to as “Facebook Warriors” will ” wage complex and covert information and subversion campaigns,” according to the Financial Times. This unit will be named the 77th battalion, whose number also has a historical significance. FT says:

The original Chindits [77th battalion] were a guerrilla unit led by the swashbuckling British commander Major General Orde Wingate, one of the pioneers of modern unconventional warfare. They operated deep behind Japanese lines in Burma between 1942 and 1945 and their missions were often of questionable success.

These Facebook warriors will be using similar atypical tactics, through non-violent means, to fight their adversary. This will mainly be achieved through “reflexive control,” an old Soviet tactic of spreading specifically curated information in order to get your opponent to react in the exact way you want them to. It’s a pretty tricky trick, and the British army will be doing just that with 1,500-person (or more) troop using Twitter and Facebook as a means to spread disinformation, real war truths, and “false flag” incidents as well as just general intelligence gathering. The 77th battalion will reportedly begin operations in April.

Former NBC and Bloomberg Executive and Head of the U.S. Broadcasting Board of America Compares RT to Terrorist Groups

More Proof Emerges that “Meet the Press” is Pure Propaganda

Time Magazine Cover: This is What Propaganda Looks Like

Remember Zero Dark Thirty? Turns Out it was a CIA Propaganda Film After All