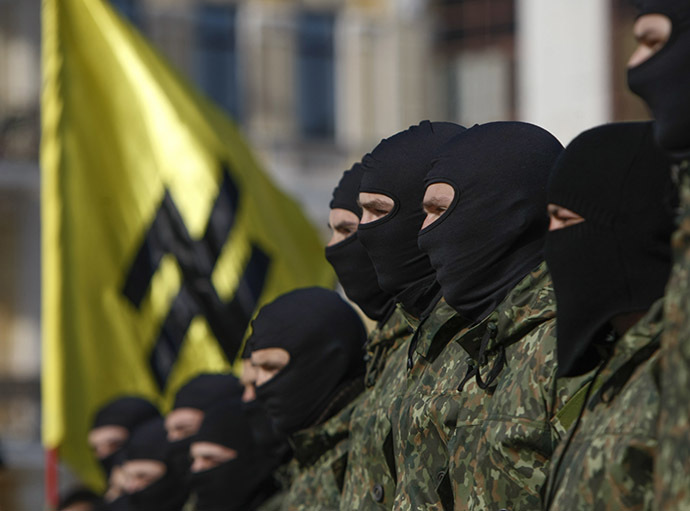 The Ukrainian military employed barrier troops who fired at their fellow servicemen in order to prevent their retreat during a night battle in the country’s southeast, the Defense Ministry of the Donetsk People’s Republic (DPR) said.

An injured Ukrainian soldier who surrendered to the militias said during questioning that “anti-retreat units from territorial defense battalions were used against the Ukrainian troops,” Basurin said.

According to the spokesman, 70 Ukrainian troops have surrendered to the rebels since January 9, with 11 of them capitulating in the past 24 hours.

Meanwhile, the Ukrainian Defense Ministry decided to accelerate the graduation of students from the country’s military schools and universities in order to deploy them to the conflict zone in the Donetsk and Lugansk Regions, TASS reported.

“It is done to make up for the huge combat losses of officers” in the fighting in the southeast and the mass evasion of mobilization by reserve officers of the Ukrainian army, representative parent associations of Ukrainian military schools said.

According to the parents, the Defense Ministry plans to send over 2,000 under-educated lieutenants to the war-torn southeast.

Preparations for the early graduations are already underway in military schools in Kharkov, Lvov, and Poltava, they said.

Notably, graduates of Kharkov Air Force University will be sent to infantry units due to the shortage of operational planes in the Ukrainian military.

The parents stressed that they do not agree with the decision by the Defense Ministry and promised to stage rallies and block the country’s military schools and universities.

Last Tuesday, the Ukrainian military launched yet another military draft, which aims to recruit 100,000 people into the army in three stages throughout the year.

Kiev troops and Donbass militia forces are locked in renewed hostilities in southeastern Ukraine after a shaky ceasefire reached by the sides in September utterly collapsed.

Ukrainian forces launched a massive offensive in mid-January, but failed to gain any ground despite deploying tanks, artillery, and air forces.

On Saturday, a residential area in the port city of Mariupol – which has remained relatively insulated from violence throughout the majority of the conflict – was shelled.

Kiev forces and the militias have been trading blame for the incident, which has led to the deaths of at least 30 people. Another 100 have been injured in the hostilities.

The Ukraine conflict began last April when Kiev launched a military operation in the southeastern Donetsk and Lugansk regions, after they refused to recognize the country’s new, coup-imposed authorities.

The death toll in the Ukraine conflict has exceeded 5,000 people. Over 10,000 have been injured, according to UN estimates.