Mafia style government hit= “murder suicide” and that is just the way it is, NEVER believe either as presented without serious scrutiny.

Take a look at the following “Gas leak” which is as believable to me as a “gas leak” as a “murder suicide” by the now dead producer of “Gray State”. (click to enlarge) 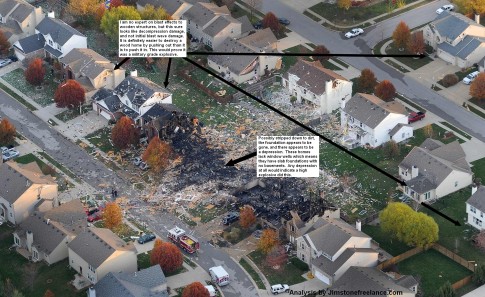 “You will never see it coming. You think I’m joking?”

“The Jonas Brothers are here. (Applause.) They’re out there somewhere. Sasha and Malia are huge fans. But, boys, don’t get any ideas. (Laughter.)

— Barack Obama at the White House Correspondents Association Dinner, May 1, 2010

Reportedly one in three killed by drones in Pakistan are civilians: