In a ruling Thursday lauded by Costa Rica’s anti-GMO activists, the country’s Constitutional Chamber of the Supreme Court, or Sala IV, struck down the government’s regulatory framework on genetically modified organisms, declaring the process of approval for GMO projects unconstitutional. 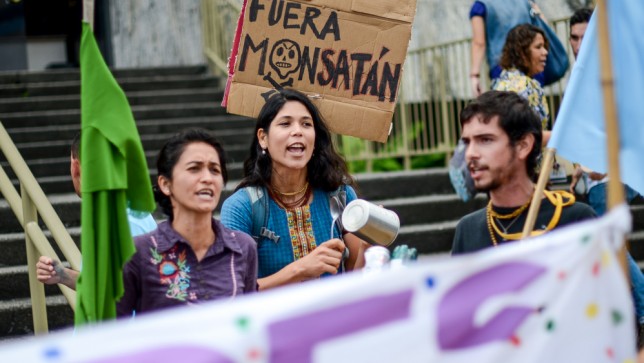 In the court’s opinion, Chief Justice Gilbert Armijo Sancho wrote that the regulations violate the Costa Rican Constitution because the secrecy allowed to GMO companies in terms of the genetic information of their products violates the constitutional right to freedom of information.

The ruling will only affect Costa Rica’s Fitosanitary Law, which regulates the process of approval for GMO projects. It does not ban GMOs or affect projects already in existence in the country.

Anti-GMO groups applauded the ruling, which stems from a complaint filed by environmental groups in late 2012.

“This guarantees that the procedures to authorize GMOs from now on will be accessible to all individuals, which will allow opposition that guarantees the cultivation of these crops will not disrupt the balance of ecosystems or the public health,” the Costa Rican Federation for Environmental Conservation, or FECON, said in a press release.

The group also noted that current applications for GMO projects in the country must be put on hold until they comply with the court’s ruling.

“This is an important precedent that shows the interests of companies linked to this type of activity – among them the multinational Monsanto which is seeking permits to plant corn – have benefited from the granting of permits in a manner that violates the fundamental rights of the population,” FECON said.