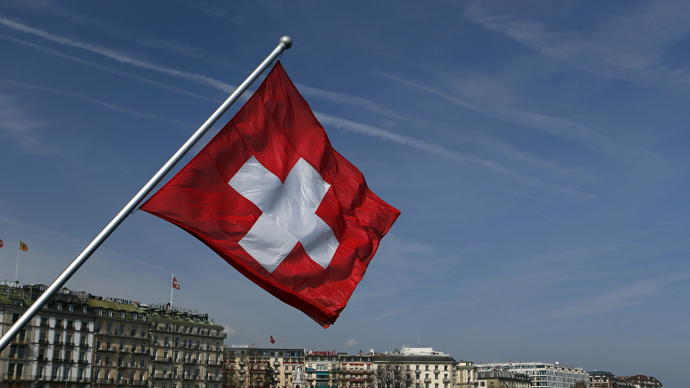 By ending its three year currency peg to the weakening euro Switzerland has become the first major economy to surrender in the international currency war, and in so doing has given a long-delayed victory to the Swiss people. Contrary to the indignant reaction by the media and financial establishment, the decision is not a disaster for Switzerland. A continuance of an open-ended peg to the euro could have ultimately ruined the country. Its surprise move, perhaps prompted by the European Central Bank’s recently announced intentions to unleash its own quantitative easing program, may be looked at in the future as the first significant counter-attack against our current global system of monetary insanity.

With a centuries-old legacy of economic independence, the Swiss initially had the good sense to avoid joining the monetary quagmire that became the Eurozone. But when the Swiss National Bank (SNB) decided to enforce a peg against the euro in 2011, the country de facto joined the currency union.  The result was that the franc sank along with the euro and SNB’s balance sheet ballooned. In order to maintain those levels, the SNB had to buy approximately $10,000 of euros per year per Swiss citizen! These are enormous sums, even for a rich country. The francs used to buy euros were taken out of the Swiss economy to effectively languish at the SNB. Although the Bank achieved its objective of creating a weak franc, its goal of printing its way to prosperity was far more elusive.  In fact, the policy was doomed from the start. If continued indefinitely, the SNB’s balance sheet would have stretched beyond its breaking point.

With the risk of full-blown European QE, bringing with it the prospect of having to back up the toboggan to buy an ever larger quantity of euros, the SNB had no choice but to pull the plug. The mistake was not ending this peg, but in adopting it in the first place. The franc has now rallied anyway (which contrary to conventional “wisdom” is a good thing for the Swiss). The Swiss once again have a strong currency with expanded purchasing power. But now Switzerland is stuck with tens of billions in losses on the SNB’s bloated 500 billion franc foreign exchange reserves. In the meantime, enforcing the peg has led to economic and financial mistakes that market forces must now correct.

Ironically, without the support of the SNB, full-blown European QE may now be a far more remote possibility, and a euro rally against the dollar may not be too far off.  Goldman Sachs notes the Swiss’ message is that QE is going to be done and perhaps even larger than previously thought. But perhaps it will have the opposite effect, with tough love from Switzerland forcing the European Union to consider real economic reform rather than QE without Swiss support. In fact, the forces now in motion, accelerated by the SNB’s move, may push the Fed that much closer to launching QE4.

Since the “long dollar, short euro” trade is predicated on the expectation of QE in Europe and rate hikes in the U.S., if we end up with QE4 in the U.S. and no QE at all in Europe, the fireworks in the foreign exchange market are just getting started.