We’ve had a total of eight mini-ice ages during the last 11,500 years (the Holocene), says Jan Theart. At least seven of these were triggered by low solar activity.

But look at how many of of those years were warmer than today! It was far warmer during both the Holocene Climate Optimum and the Roman Climate Optimum.

Anyone who tells you that our recent episode of warming was “unprecedented” is either lying or misinformed. 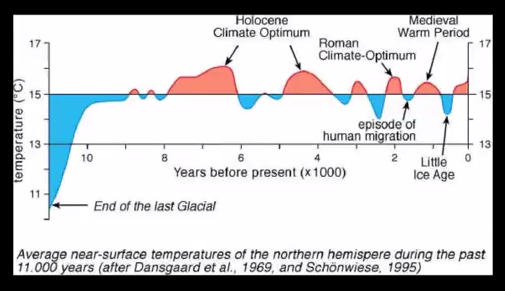 https://www.youtube.com/watch?v=d66E6JXiLVM&feature=youtu.be
Thanks to JHT Creations for this link