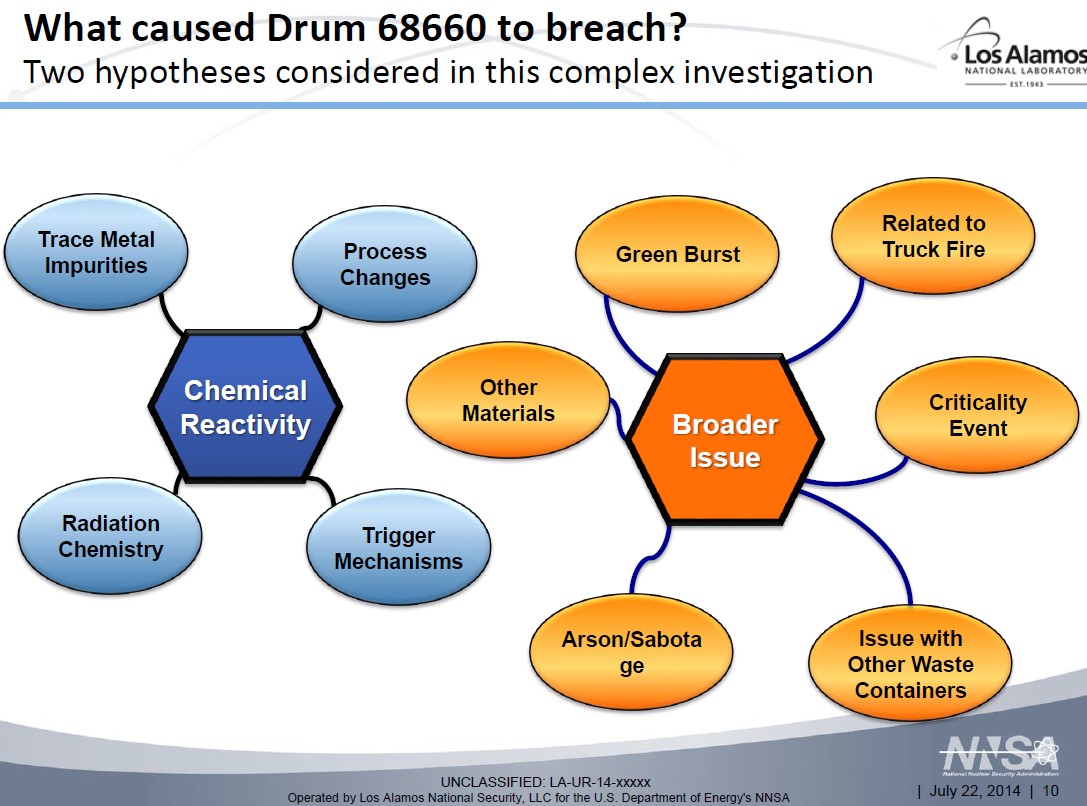 Sante Fe Reporter, July 23, 2014 (emphasis added): Scientists at Los Alamos National Laboratory are still trying to determine exactly what caused a barrel buried at the Waste Isolation Pilot Project to burst open in February, said LANL chemist Nan Sauer. […] investigators now believe the metals in [a] glove might have reacted with nitrate salts after temperatures rose in the barrel at WIPP. […] Just how the temps increased to initiate the reaction, however, is still up for debate. Theories about what initiated the reaction include warmth generated by decomposition of the litter (a commercially
available substance called Swheat that Sauer says won’t be used anymore ). Another hypothesis would put the blame on heat from a truck fire that occurred inside WIPP a half mile from the barrel location about nine days before an air monitor detected the radiation leak. Smoke from the fire might have also affected ventilation systems and led to hotter air, she said. […]

Santa Fe New Mexican, July 23, 2014: After the waste had been stored at LANL for nearly three decades, a chemical reaction ripped open a drum, releasing radiation at WIPP just weeks after the drum had been processed at LANL in mid-December. […] “It’s interesting that we went for this extended period of time with no incident, and then all of a sudden we take components, you put it in a drum, you characterize it and six weeks later we have an incident,” said Rep. Donald Bratton […] Wednesday’s legislative hearing was the first public mention of the theory […]