As RioForte joins its parent ESI in bankruptcy, in a strangely honest turn of events from a European leader, Portugal’s President Anibal Cavaco Silva warned on Monday that fallout from the financial troubles of the founding family of Banco Espirito Santo (BES) could affect the wider economy. With Portugal’s hope-strewn GDP growth expectations at only 0.9% for 2014, they do not have much room for disappointment before the nation (whose yields remain near record lows) double- or triple-dips back into recession. Silva concluded, “We cannot ignore that there will be some impact on the real economy,” which is odd given every talking-head has explained it is “contained” and “priced-in.”

Just another default in the chain 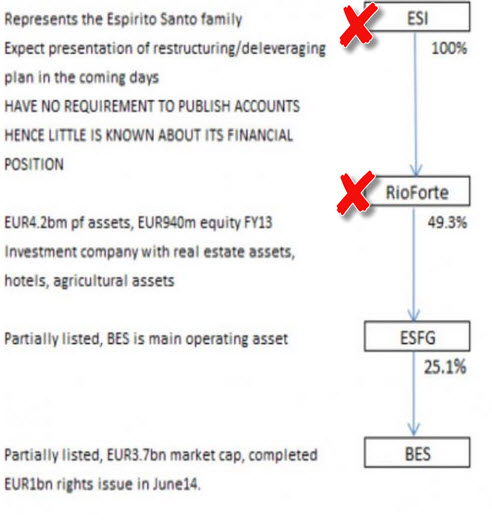 President Anibal Cavaco Silva is the first high-profile politician to warn of a possible economic impact from the Espirito Santo crisis, after the family asked for creditor protection for one of its key holding companies on Friday.

Last week another of the family’s companies failed to repay on time over $1 billion in debt owed to Portugal Telecom, which had a knock-on effect on the latter’s merger with Brazil’s Grupo Oi, forcing it to take a cut in its stake in the new entity.

“If some citizens, some investors suffer significant losses (from the Espirito Santo group) they may delay investment decisions, or some of them may find themselves in very big difficulties,” Cavaco Silva said in comments during a visit to South Korea, which were aired on local television.

“We cannot ignore that there will be some impact on the real economy.”

Portugal, which in May emerged from an EU/IMF bailout it had to take during the euro zone debt crisis, is expecting its economy to grow by 1 percent this year, the first year of growth since 2011.

Which does not leave much room for Portugal’s growth…. 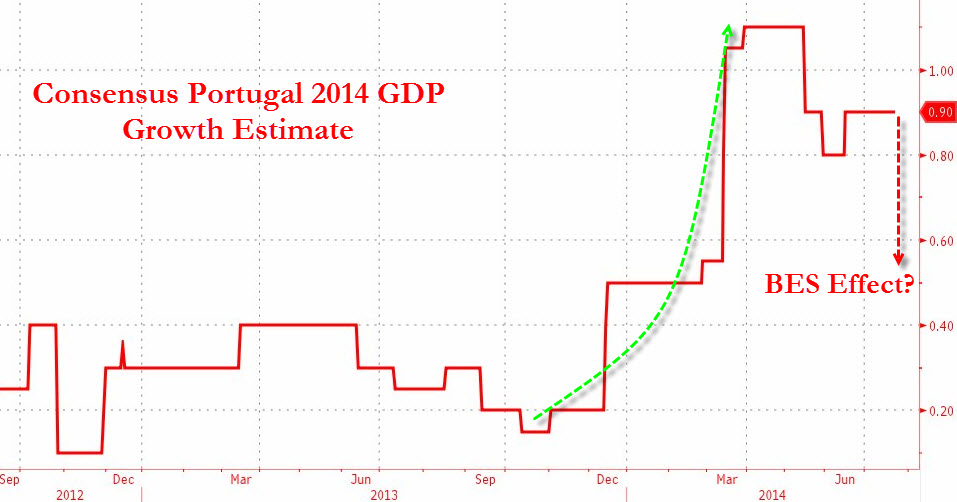