Two other elements make June an unusual month there. Although the region is accustomed to strong winds, June was particularly low. The average was less than 36% of normal (22 km/h as opposed to usual 35.3 km/h). That makes June 2014 the second least windy month since the beginning of the measurements (21 km/h in 1978).

These three factors combined (cold, no wind, excess exposure) may indicate that disturbances were fewer than usual and/or they evolved at lower latitude than usual.

In apparent contradiction to these data, the snowfall has been reported 7 times, a figure close to the average of 8.5.

Adélie Land is one of the five districts with the Crozet Archipelago, the Kerguelen Islands, Saint Paul and Amsterdam and the Scattered islands constituting the Community of French Southern and Antarctic Lands (TAAF). The administration is based in St. Pierre, Reunion. 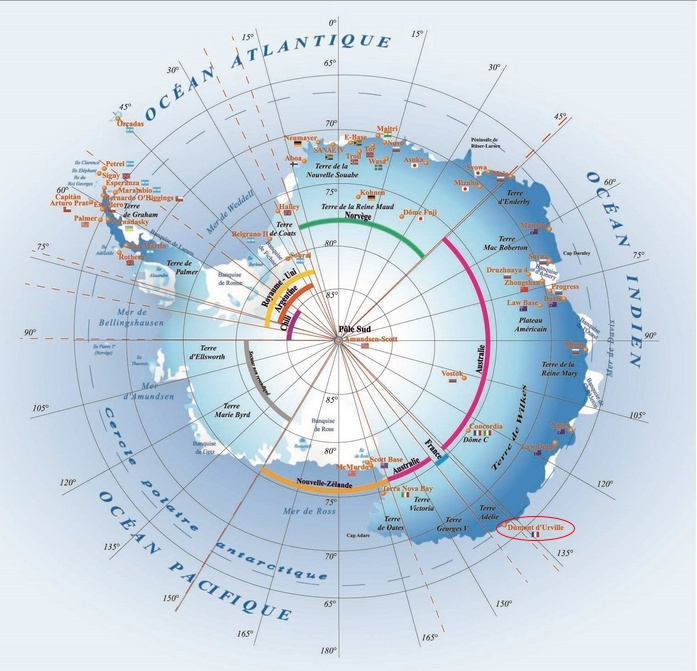