We track US power consumption on a weekly basis as reported by Barron’s, as we believe this information provides insightful – albeit sometimes “noisy” and seasonally unadjusted – clues about the performance of the economy over time.

The expectation is that a more robust economic environment requires more power, although factors like colder winters and warmer summers relative to the norm can greatly skew the analysis. With that in mind, let’s have a look at the weekly historical performance of this indicator going back to 1995 (in MM kWhs): 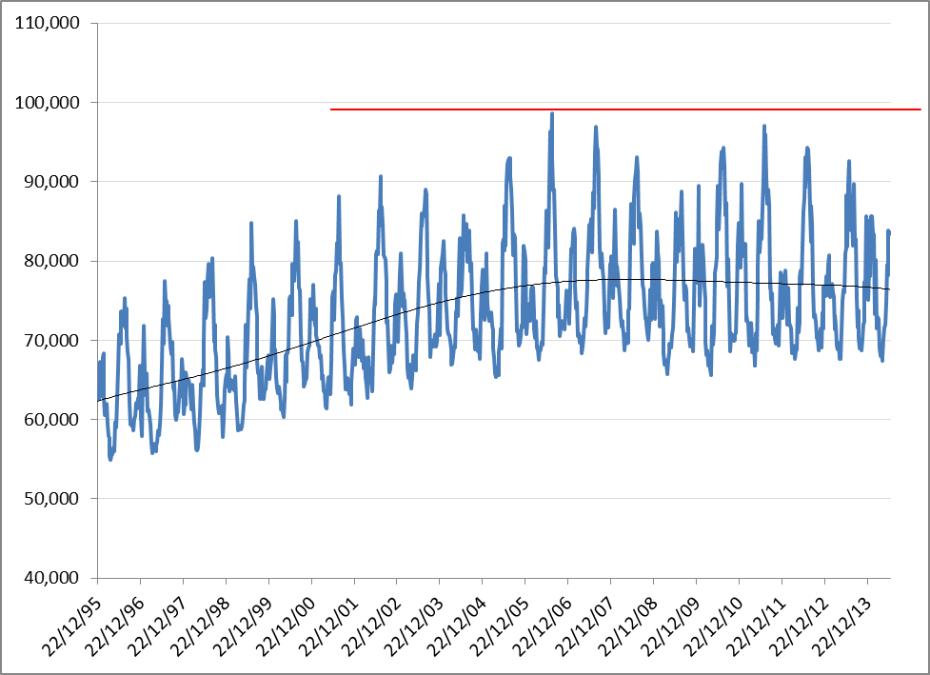 Many peaks and bottoms can be observed as power demand changes seasonally over the year. We have used polynomial smoothing to extract a trend line (in black).

Consumption peaks normally come in late July/early August, so it is still a bit early to gauge how 2014 is shaping up. However, in the grand scheme of things and despite the limitations of this indicator, historical kilowatt consumption suggests that the US economy at best continues to muddle along, despite an unprecedented amount of policy stimulus – some of which may even be curtailed before the end of the year.