With Russia and China having briefly taken over the hub of global executive suicides, the sad trend has returned back to America. In what appears to the 15th financial services executive suicide this year, yet another JPMorgan Director took his own life. As IBTimes reports, Jefferson Township (New Jersey) police report that the Global Network Operations Center Executive Director, “Julian Knott, age 45, shot his wife Alita Knott, age 47, multiple times and then took his own life with the same weapon.” They are survived by 3 teenage children…

JP Morgan executive director Julian Knott blasted his wife Alita to death with a shotgun before turning the gun on himself.

The 45-year-old, who worked for the investment bank in London until July 2010, shot his 47-year-old wife multiple times before committing suicide with the same weapon.

Julian moved to the United States from London in 2010 and was working at JP Morgan’s Global Network Operations Center in Whippany, New Jersey, at the time of the tragedy.

Jefferson Township police, in New Jersey, confirmed on Sunday they had found two unconscious bodies at the Knotts’ large suburban home at 1.12am.

A statement released on Tuesday added: “Through an extensive investigation conducted by the Jefferson Township Police Department, the Morris County Prosecutors Office and the Morris County Medical Examiner’s Office the preliminary investigation has revealed that the two adults died as a result of gunshot wounds and the incident has been determined to be a murder/suicide.

“This preliminary investigation revealed that Julian Knott, age 45, shot his wife Alita Knott, age 47, multiple times and then took his own life with the same weapon.”

Photos of the couple painted a picture of a content family life. Beneath the 2012 photo of Julian carrying his wife on the beach, a friend commented, “Always acting like newlyweds.” 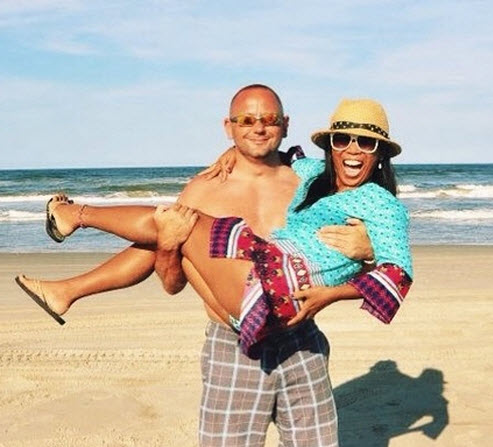 College student daughter Kayleigh, who along with her two teenage brothers survive their parents, used social media site Instagram to pay tribute to her mum and dad.

“Although I am heartbroken that they will never see me graduate college, will never be there to see me get married or to be grandparents for my children, I can still have my inner peace knowing that they are now stress-free in a much better place,” she wrote.

“You never know what life is going to throw at you, but it is all part of a plan that is bigger than us all.”

“So hug your families a little tighter tonight and count every little blessing because you never know what tomorrow will bring. Life is so incredibly beautiful and I can’t wait to see what the world has in store for me. Rest in Peace Mummy and Daddy, stay close,” she added.

This is the 15th financial services exective death in recent months…

15 – Julian Knott, 45 – killed wife and self with a shotgun in Jefferson Township, New Jersey