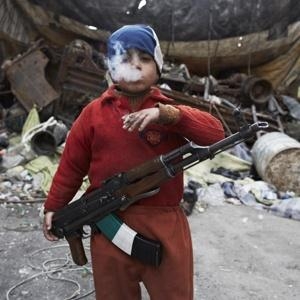 (SyrianGirl)   Dera’a province, these are the actions of the moderate rebels and their wives and children. These are not ISIS, ISIL, JAN, or al-Qaeda. These are the ‘people’ that Obama wants to give $500 million dollars to. They make children stab tied up soldiers, and beat them to death. The young man had no chance to defend himself. He dared to be patriotic to his country.