– Spain Celebrates The “End Of The Recession” With 54% Youth Unemployment, Highest Since January (ZeroHedge, July 1, 2014):

When we were greeted by the latest batch of optimistic Spanish data this morning, such as the following:

we thought, we would see some actual “end of recession” signals when it came to the underlying economy, like for example: jobs actually being created. Alas no. According to the just released European employment data for May, total Spain unemployment remained unchanged in May at 25.1%, while youth unemployment has actually risen to 54.0% – the highest since January! 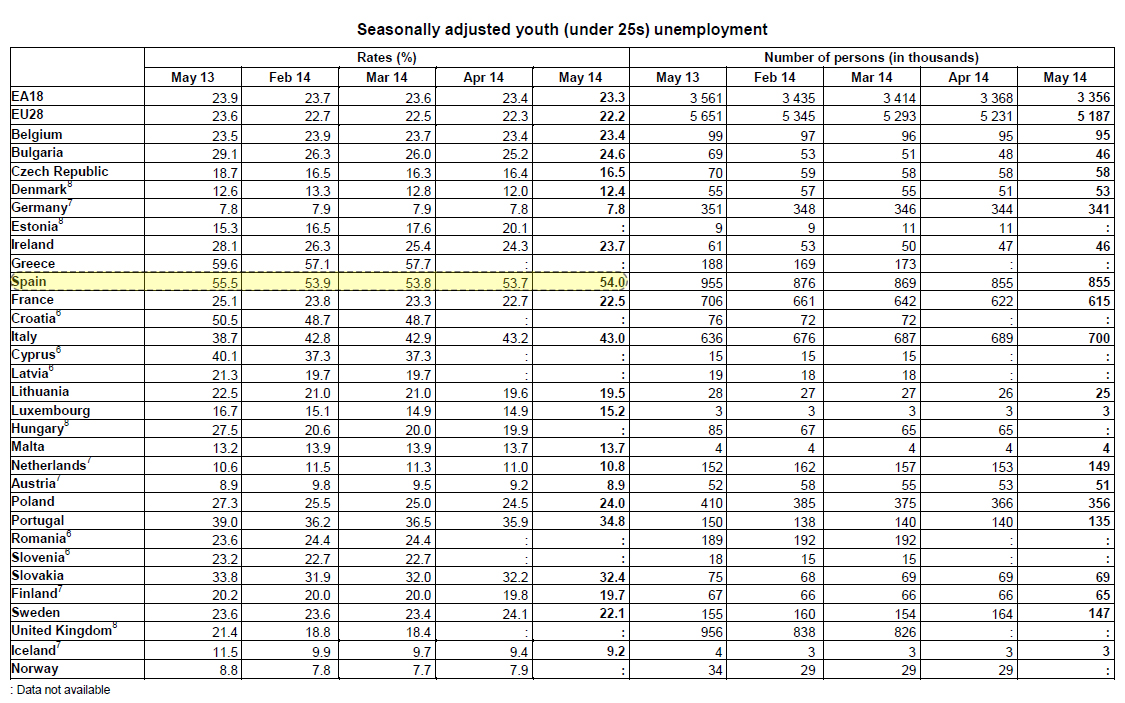 That’s ok though: aside from the facts, once is welcome to “believe” whatever headlines one wants to believe.

And speaking of “recovery”, here is what unemployment across Europe looked like as of May.

1 thought on “Spain Celebrates The “End Of The Recession” With 54% Youth Unemployment, Highest Since January”