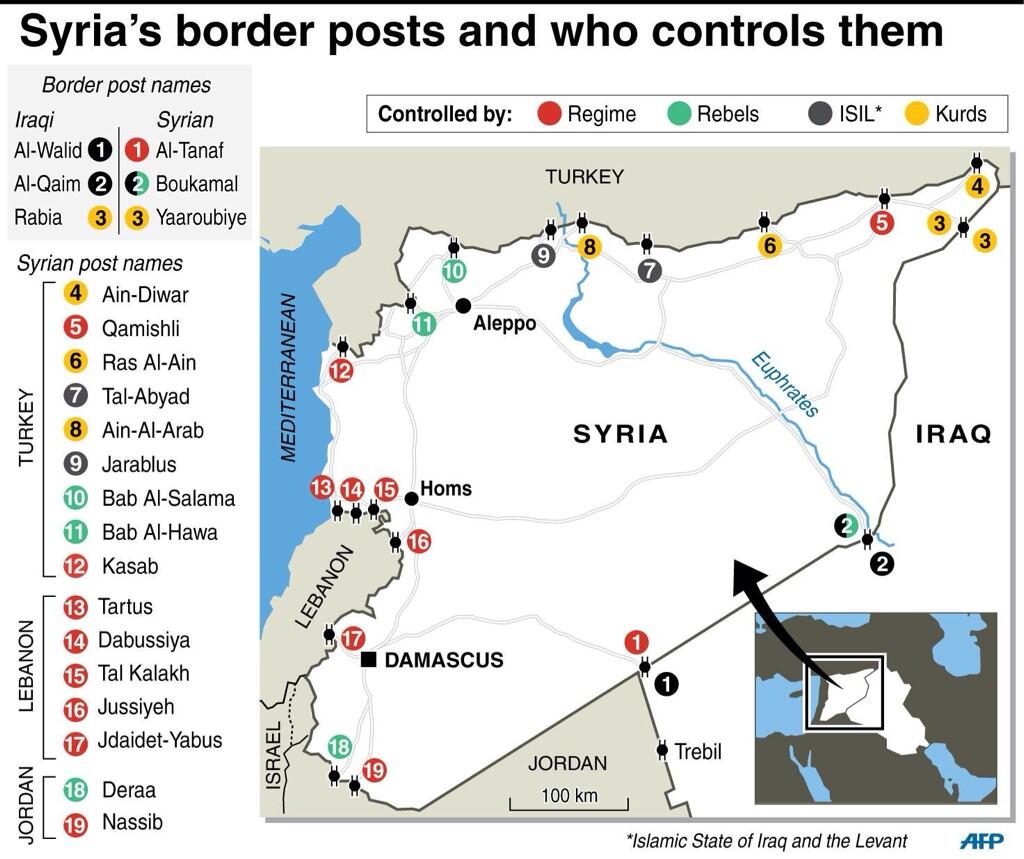 “As the war in Iraq goes from bad to worse, and as the Obama administration is tired of being humiliated by a bunch of extremist Al Qaeda tribesman, the president is once again pivoting to the place where it all started. It is here where he intends on arming the local Al Qaeda jihadists once again, and will request half a billion dollars from Congress to achieve just that. The good news: Obama will only arm just the “moderate” al Qaeda forces. So there is nothing to fear.”
– Tyler Durden, Zero Hedge

It is going from bad to worse for the Iraqi government, whose armed forces according to at least one unconfirmed media report, have suffered major losses.

Perhaps confirming this, is the report from Reuters that overnight ISIS continued it southern creep toward Baghdad, and has now reached a town that is just an hour from Baghdad which is home to four natural gas fields on Thursday, “another gain by Sunni insurgents who have swiftly taken large areas to the north and west of the Iraqi capital.”

The overnight offensive included Mansouriyat al-Jabal, home to the gas fields where foreign companies operate, security forces said. The fighting threatens to rupture the country two and a half years after the end of U.S. occupation.

Meanwhile, the Jihadists continue to consolidate their territories not only in the middle of the country but key transit points to Syria where as we reported yesterday, al-Qaeda forces in the two countries merged after ISIS forces and troops from the al Nusra front combined in at least one city. ISIS now control several border posts with Syria and have stolen U.S.-made weapons from Iraqi forces.

Iraq, however, has not been completely paralyzed in light of the oncoming juggernaut and overnight Iraqi forces launched an airborne assault on rebel-held Tikrit on Thursday, landing three helicopters with commandos in a stadium for what appeared to be their boldest counter-attack yet against Sunni insurgents who have rampaged through the north.

Eyewitnesses said battles were raging in the city, hometown of former dictator Saddam Hussein, which fell to Sunni Islamist fighters two weeks ago on the third day of a lightning offensive that has given them control of most majority Sunni regions.

The helicopters were shot at as they flew low over the city and landed in a stadium at the city’s university, a security source at the scene said. The government did not immediately respond to requests for comment and by evening the assault was still not being reported on state media.

The source, speaking on condition of anonymity, said fierce clashes ensued, centered around the university compound.

Ahmed al-Jubbour, professor at the university’s college of agriculture, described clashes taking place inside the colleges of agriculture and sports education.

“I saw one of the helicopters land opposite the university with my own eyes and I saw clashes between dozens of militants and government forces,” he said.

Perhaps the reason why the air force merely used helicopters and not airplanes is because as we also reported previously, the Iraqi air force “has only two modified Cessna aircraft.”

Regardless, for now Baghdad appears to be safe unless of course ISIS manages to run over the Haditha Dam, which as we explained yesterday, is the second largest in Iraq and a critical source of drinking water for the capital. Should the Jihadists hold it hostage, or worse, release the contained water, the flood, or merely the lack of bearable living conditions in Baghdad, will promptly force the local population to evacuate thus opening up the path to the critical energ-rich areas in the south.

We will cross that bridge once we get to it. For now the far bigger focus appears to be on Syria whose eastern portions, as the following AFP map shows, is effectively ISIS territory with the al Qaeda group now controlling all the key border crossings on the Iraqi side.

Which perhaps explains why, literally seconds ago, and likely attempting to pivot from the disastrous events in Iraq, Obama is once again focusing on Syria. According to AP, President Barack Obama is asking Congress for $500 million to train and arm vetted members of the Syrian opposition.

The military training program would deepen the Obama administration’s involvement in the more than four-year conflict between rebels and forces loyal to Syrian President Bashar Assad. If approved by Congress, the program would supplement a covert train-and-assistance program run by U.S. intelligence agencies.The Senate Armed Services Committee has already approved a version of the sweeping defense policy bill authorizing the Defense Department to provide “equipment, supplies, training and defense services” to elements of the Syrian opposition that have been screened. The Senate could act on the bill before the August recess.

The president hinted at the increased support for the opposition forces during a commencement address at West Point last month.

“In helping those who fight for the right of all Syrians to choose their own future, we also push back against the growing number of extremists who find safe haven in the chaos,” Obama told the graduating cadets.

But wait, didn’t Obama do just this a year ago only to find that the arms were going into the hands of Al Qaeda extremists – essentially the same ones the US will be waging war against any minute in Iraq?  Well yes. But this time Obama has a fail safe plan.

Oh, it’s just the “moderate” terrorists Obama will be arming. Not the more radical types. But how Obama will make the distinction? Well, that’s what polling is all about. To wit: “Excuse me, would you describe yourself as a moderate or extreme al-Qaeda jihadist. Answering affirmatively to the former assures you your own US-made Humvee and a few thousand bullets to shoot at US soldiers across the border in Iraq.“

While we wish we were joking, this sadly describes the current all too real state of US diplomacy in the middle east.